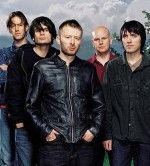 I hesitate to write a review for Radiohead’s new album, The King of Limbs, for a few reasons. Firstly, writing anything on Radiohead is difficult, as there are no adjectives yet-unused to describe their perfect three-album run of The Bends, OK Computer and Kid A. Secondly, I have been a Radiohead fan for nearly as long as I have been a fan of music. I could write pages defending Hail to the Thief as the most underrated album of the past decade, or simply wax romantically about how magical it is to witness them live. Also, this album has only been out for a week as of the time of this publication and it seems unfair to give the new Radiohead album only a few days of listening before passing judgment. However, at the risk of my review being spoiled by everyone else in the industry first, here we go.

There is a tendency to compare each Radiohead release with their previous albums, which makes sense considering how they have varied their releases in terms of genre, style, production and tone (but rarely quality). My initial comparison for this album was In Rainbows, for the somewhat deflated tone that both impress upon me. I know that some find In Rainbows to be a rocking good time, but I find it, on the whole, to possess neither of the features that transcend the best Radiohead albums to best-album-ever contention. These albums either feature immediately gripping songs that will never lose their shine (The Bends) or a shocking radicalization of sound that refuses to compromise (Kid A). Of course, OK Computer manages to begin with the crushing rock of “Airbag” and finds its way to the aural insanity of “Climbing of the Walls,” but that’s what makes it best rock album of the 90s. Returning to Limbs, even after three or four listens, I haven’t found myself humming a “High and Dry”-caliber melody or reeling from the brilliant audacity of, say, “The National Anthem.”

The King of Limbs, the more I listen to it, is really most like Kid A; however, instead of these amps going to 11, the volume and songwriting have been turned down to about a seven. These songs follow no verse-chorus structure and instead of the exhilarating unpredictability that was produced in Kid A, the listener meanders throughout the album. There is something to be said for a cohesive album, but if not for the feedback or humming at the end of most tracks, I would find it difficult to figure out where one song ends and the other begins. Again, Kid A used this flowing cohesion to perfection, as it is an album filled with brilliant songs that reveal themselves to be greater than the sum of their parts. Limbs seems a bit too subdued, almost as if Thom and Johnny were a little timid in the studio. Radiohead have always worked best when they are blazing new territory not only for themselves, but for music as a whole. These guys have always challenged themselves and their listeners. Their songs have always featured enough subtlety for endless listens but have never been afraid to be bold at the same time.

I believe this is what characterizes The King of Limbs best. This is an album that is subtle and inter­esting but seems to lack the wallop that is expected of this band. While it might sound like this review has been negative, it really isn’t. Even the most mediocre Radiohead recording promises to leap and bound ahead of most everything else released that year. I’m certainly not done listening to this album and I fully expect to enjoy it more and more each time I do; the problem lies in the conspicuous absence of something that drops my jaw. If you’re a Ra­diohead fan, you probably already have this album, but if not, go download it off their site; it is worth your time. If you have never listened to Radiohead (shame on you), this is not the place to start – that would be OK Computer. Overall, King of Limbs is a respect­able release by what is probably the greatest rock band of the last quarter-century.