This Week at the Movies: Black Swan 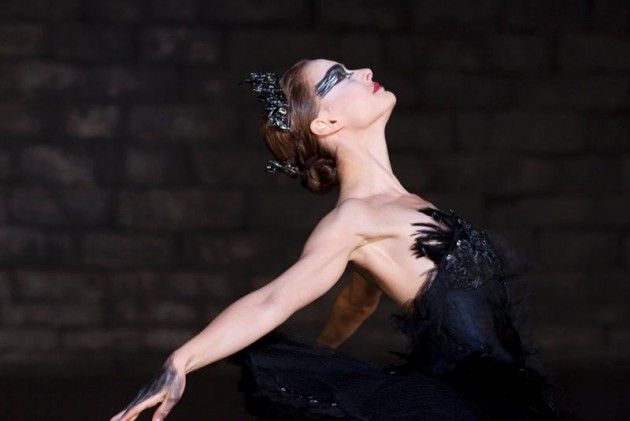 Movies can be a truly visceral and awe-inspiring form of me­dia. The combination of audible and visual stimuli wreaks havoc on the mind and brings us deeper into the world they create. We are often lost and confused about the imagery that is put before us. Yet, at the same time, we are driven toward a complex idea that can only be fully realized once the credits begin to roll. That is when we are left to con­template what has been done to us, and how hard it can be to escape from that fictional world. There are few worlds more captivating and that represent this phenomenon as well as Black Swan, di­rected by Darren Afronofsky and writ­ten by Mark Heyman. It is a dark and cerebral journey through our hearts in an effort to understand what makes us powerful through interesting characters and beautiful cinematography. There are few films that truly accomplish the same feat.

It tells the tale of Nina (Natalie Port­man), a ballet dancer who begins the film as an innocent girl bent on perfection. She moves closer to her goal when she gets the lead role in the ballet, Swan Lake, a tale that ties closely to the plot of the film. Her per­fection is simply one-sided, as she has the discipline and innocence to play the white swan, but not the sexuality and power to play the black swan. As the opening of the ballet draws nearer and she be­comes more deeply involved in it, she undergoes a transformation that has unforeseen consequences. In a word, the movie is creepy. It will make your toes curl and turn away in shock as Nina’s darkness overcomes her. The plot is complex and intricate, relying heavily on the psyche of the main character. The viewer will constantly ques­tion what reality is, even in the moments that are obvious at times. Just be sure to focus on the details.

In technical terms, Black Swan is masterful. The overall aes­thetic of black and white works well to underline the conflict of the film. It can be seen throughout, and it makes for powerful symbolism. The camera angles and overall style are excellent, working to show the inner turmoil of the main character while maintaining a sense of realism that blends well together. The music is, of course, brilliant. At its core, the movie is es­sentially about ballet dancing, and it would be nothing without a superb score. Whether it is basic piano melodies, grand or­chestras, bumping house or the haunting pings of a music box, the music plays one of the most im­portant roles in the movie. If you’re into filmmaking at all, it’s a real treat.

There are very few reasons not to see Black Swan. It is without a doubt one of the best movies of the year, if not the best. It’s a wild ride with a poetic ending. It has the action of a thriller with the complexity of a drama. It is odd but compelling, and truly enjoy­able. Go out and see Black Swan before it leaves the theater or you will be truly missing out.