Minus the City: Open For Business 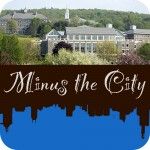 Cruiser confession: I’m in an open relationship. The re­action I usually get from revealing my relationship status is confusion. Once again, we crazy gays are proven to just be sex-crazed fiends. In my case, this might actually be true: I’m a really terrible stereotype and I hate playing into it, but I love my music dancey and I really like talking about and having sex. My boyfriend and I sure are enabling each other. This is our solution to the persistent problem of the long-distance relationship, where we get to keep dating while acting single-ish.

Having an open relationship means that we’re com­mitted emotionally and that our faithfulness comes in the form of honest, open and direct conversation at all times. We already talk about everything without much of a censor because it’s incredibly important for us.

Our open relationship also means that I have no qualms about hitting on a guy at a bar or a club and realistically musing if I’ll go home with him. Or, that in the middle of our Skype date my boyfriend could tell me about a guy he met and with whom he did naughty things. We’re going to do what we want, so I can attempt to romp around Col­gate’s campus for my last semester and hook up with a couple of open or closeted queers, or simply not do anything at all. Carpe diem, Raider fans.

It’s not that we aren’t dedicated to each other – we’re grossly romantic by anyone’s standards, and frankly my pillow has been working overtime as a cuddle device.

But we’re also both college kids who aren’t ignorant to our desires for lots of sex, along with our interests in trying out new and exciting things. Heck, I know a lot of tricks in the book, but I’d like him to be able to experience other guys and see what kinds of techniques they know. Maybe he’ll learn something new (thus, by consequence, I will too). We both benefit from keeping in practice rather than getting rusty from the lack of use, and we always play safe. Sharing STIs is not in the agreement.

What about jealousy? It’s absolutely a possibility. I al­ready know that I’m a little on the jealous side, so here is another important component for this to work: trust.

Trust that he would tell me if he was getting as many conquests as colonial England did, though hopefully when he returns home to moi there won’t be so many angry men chasing after him, unless they wanted a three-way. There’s a present I’d be happy to get from his adventures abroad, though I’ll settle for Toblerone. It’s not as if we get off by hearing about each other’s sexual partners. It’s about the same as hearing about your best friend getting it on and being excited for them; I just might want to high-five him and then kiss him afterward. Cue romantic music, right? This certainly couldn’t work for everyone. We have a pol­icy that if anything more than physical feelings develop for someone else we talk about it most likely and end the other relationship. It takes open and frank conversations, which means me being comfortable with myself and my boyfriend, or else this whole thing won’t end well.

Here is where some would shout that emotions are in­trinsically tied to the physical when it comes to sex, or that we are supporting meaningless sex. Regarding the first criticism, sure, emotions can be, but having respect for and communication with ourselves and our partners works past that awkwardness.

The second I know is just wrong: we have to be up­front and honest with our partners so that they know that nothing more than one or two encounters could happen, thus sex be­comes more meaningful because we are ex­pecting more from our partners and wanting to make those few times count. Hey, I might not want to date you, but I still want to rock your world. We try to do right by ourselves and by our trysts, or else it’s just cruel.

You are welcome to call us freaks and we will just ignore you: it has worked for us up to this point and I don’t see anything chang­ing. I’m sure nothing we do to make our re­lationship work is novel or earth-shattering; you’ve heard all of the “essential” ingredients for good relationships ad nauseam.

They actually do work, but that’s neither here nor there. Plain and simple, we get to have our cake(s) and eat it (them) too, and I know we’re both hungry until we can bake with each other again.