Four Albums to Look Forward to in 2011 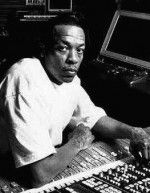 Finally, its here. We have been putting together clue after clue and now we have indisput­able, concrete evidence that Detox does in fact exist and will be released this year. While I may eat my words, there is, in fact, the release date of April 1 to back me up, which will more than likely be pushed back to April 20 for umm… aesthetic purposes. Regardless, we already have the Snoop Dogg and Akon featured “Kush” released last year and with the Eminem featured “I Need a Doctor” released this past month, the album is shaping up nicely. Rarely can we say an album is a decade in the making, and while this may produce lofty expectations, a buzz of this magnitude is hard to ignore.

While this one may just be wishful thinking on my part, let’s just call it “unconfirmed” for now. This would be the follow-up to the electro-house band’s first album Cross. It has been well documented that the Grammy award-winning duo is working on new material, and while this may mean absolutely nothing regarding a specific release date (see above). I, however, remain optimistic. According to manager and label head Busy P, aka Peter Winters, the duo has been working on new tracks for a while now and he would be pleased with a 2011 release. In the world of house one can go from acclaim to irrelevance in the matter of seconds. Justice transcends this feeling of impending doom and when the album is inevitably released, whether it is this year or five years from now, people will listen.

After headlining many a festival in 2010 and subsequently not playing any new material, plenty of people, me among them, figured that the New York band had noth­ing left in the tank, gone the way of unfulfilled solo albums. But like frontman Julian Casablancas’ leather jacket, The Strokes will never go out of style. 2001’s Is This It was revolutionary and while the follow-ups have been anything but, there is always that lingering feeling of greatness that orbits the band. Having just released the lead single “Under Cover of Darkness” from their upcoming album, as well as the tracklist, it would appear that the band has returned, back to basics, with a stripped down and polished sound.

If it’s in the vein of his most recent album than we will most certainly be in for a treat. Worst-case scenario: we get the b-sides from My Beautiful Dark Twisted Fantasy, but knowing Kanye, the creative juices are flowing plenty, enough to provide for countless “visionary” albums. What makes this intended sixth studio album even more incredible is the collaboration album with Jay-Z, Watch the Throne, also set to release this year. Kanye is clearly at his prime and while 2010 saw the rapper finish at the top of his field, he certainly has no intentions to slow his output in the New Year.