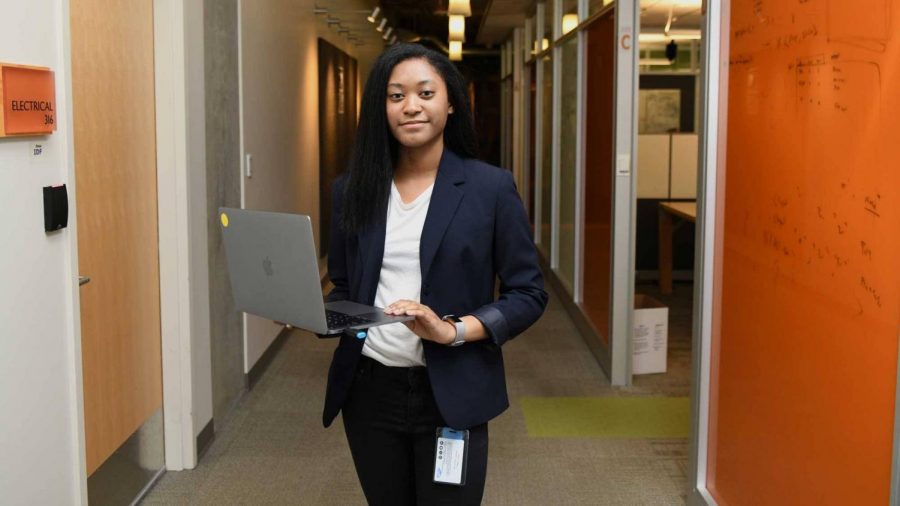 Brittney Chin is a junior concentrating in computer science. This past summer, from June to August, Chin worked in Seattle, WA for Amazon. There, she worked as a software development engineer (SDE) intern in order to explore potential careers in software engineering. She was a part of the Amazon Future Engineer (AFE) Program, specifically working on the Spot CP team under Profit Intelligence. Chin collaborated with her team in working with the financial sales data to calculate the contribution profit of each individual item. The data produced was then used by other Amazon teams to make decisions about inventory and pricing. According to Chin, the job was very high-pressure as a potential  problem with the code could cause Amazon to lose revenue or skew the prices of the items. Despite the high pressure of her work, Chin acknowledges how privileged she was to be able to make an impact on such a world-renowned company like Amazon.

In contrast to Chin’s high pressure work, she thoroughly enjoyed getting to know the other interns. Chin describes how she developed a close relationship with her team, going out to team lunches and even an escape room. She continues to keep in touch with her newfound friends.

Over the 12 weeks that Chin worked for Amazon, she worked on two dashboards for internal use. She worked on a catalog-generation dashboard, meaning that she monitored the uploading of spot CP requests to the database and checked for potential errors during this process. In addition to this database, she worked with a configuration management system to update configurations, minimizing the wait for code deployment and speeding up the development of applications.

Chin’s internship at Amazon aligned with the computer science classes she had taken at Colgate, allowing her to apply what she had previously learned in her classroom to her internship. In conjunction with learning about potential computer science careers, Chin was able to further develop professionally through her work in a legitimate company outside of Colgate.

Chin enjoyed the entirety of her internship at Amazon, but her favorite part was being seated four rows away from Jeff Bezos, the CEO and founder of Amazon. Chin also got the opportunity to attend the Post Prime Day Concert, featuring artists such as Cyn, Lil Nas X and Katy Perry.

Outside the Amazon office, Chin also got to experience living in Seattle, WA for the summer. Originally from New York, Chin describes Seattle as being chilly in the summertime as well as having an abundance of boba tea.

Chin’s summer internship at Amazon can only be explained as having, “everything from A to Z.”