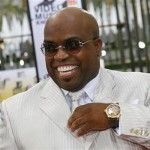 With the fifty-third Grammy Awards arriving on February 13, I have decided to cast my vote for winners in some of the most popular categories. Here is my choice for what should win and my pick for what will actually win.

Record of the Year: This could be the only category where I agree with the probable out­come. “Empire State of Mind” dominated the world this year and is an amazing single. Alicia Keys’s voice is commanding and intoxicating and Jay-Z’s last verse is the best one on all of The Blueprint 3.

Album of the Year: If this award doesn’t go to The Arcade Fire’s The Suburbs then it will only further prove how out of touch the Grammy’s are. This album, if made by any more mainstream band, would be a shoe-in. However, in this cruel reality, Lady Gaga’s The Fame Monster will most likely win and we will all groan as she, and whatever catastrophe she wears that night, accept this award.

Song of the Year: This should go to Cee-Lo Green for his unbelievable “F*** You,” as that song is both instantly catchy and more complicated than it first appears. This is a perfect pop song. As for the other nominees, I can’t pick the nicest out of the worst. Let’s just pray the Academy chooses right.

Best Alternative Music Album: Again, this should really go to The Arcade Fire. Sadly, since they are the clear leader in this category they will instead win this award and not Album of the Year. My pick would be to give them Album of the Year and give this award to Contra by Vampire Weekend.

Best Rap Solo Performance: Kanye West’s “Power” should win and actually stands a fair chance as well. This is the only song off his album that qualifies for this year’s nomina­tions and it is an incredibly crafted song. In actuality, this category is a toss-up between Kanye and Grammy favorites Eminem and Drake (neither of whom hold a candle to Yeezy).

Best Rap Performance by Duo/Group: BIG BOI’S “SHUTTERBUG.” The fact that Big Boi isn’t nominated all over the place this year is a crying shame, but this is far and away the best song here. Sadly, the award will probably go to the mediocrity that is Jay-Z’s “On to the Next One.”

Best Rap Album: There is no winner here. Jay-Z and Eminem’s best days are behind them and Drake’s album was not nearly as good as his mixtape. Most likely the award will go to Jay, but again, Big Boi’s Sir Lucious Leftfoot was without a doubt the best rap album of the year (and was completely snubbed).

Best Solo Rock Performance: This re­quired mention because it is the perfect example of the Academy’s lack of touch. Nominees are Eric Clapton, John Mayer, Paul McCartney, Robert Plant and Neil Young. When John Mayer is the most rel­evant “rock” artist of any group, there is no winner. (I guess Young or Clapton deserve it for no other reason than they have produced less garbage than the others over the years.)