Hollywood on the Hill: The Final Cast of “The Dark Knight Rises” 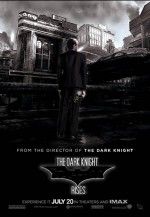 It seems like every other issue I have mentioned a casting rumor or announcement for Christo­pher Nolan’s The Dark Knight Rises. The last of Nolan’s epic Batman trilogy, the film is without a doubt the most talked about and anticipated film in Hollywood. It follows The Dark Knight, which is thought of as the greatest comic-book-to-movie success both commercially and critically. The film also follows Nolan’s blockbuster Inception, which was the movie of the summer. Needless to say, every actor in Hollywood wants to have a role in the film. What makes matters tricky is that besides his incredible skill, Nolan is known for his secrecy. We are left guessing who will play what role. Rumors such as Eddie Murphy as the Riddler to Shia LaBeouf as Robin have made the casting experiences for the film a wild and unpredictable ride. However, the film is finally completely cast. Here is my best and final assessment of what is sure to be the movie of 2012.

We obviously know that Christian Bale will be reprising his role as Bruce Wayne/Batman. Christian Bale has been the best actor to ever wear the cape. His performance in The Fighter this year will earn him an Oscar and he is working out to gain the 50 pounds that he lost for the role. Michael Caine, who has been in the past five Nolan films, will be back as Alfred, Wayne’s butler and best friend. Gary Oldman has signed on again as Jim Gordon, the Gotham Police Chief. Lastly, Morgan Freeman will return as Lucius Fox, the head of Wayne Enterprises and Bruce’s technology connoisseur. With this impressive cast, one could wonder how this dream could get any better. All four of these men are premier actors who could be the sole lead of a blockbuster film. The fact that all four are together speaks volumes about Nolan and his ability to create a masterpiece. However, this is only the returning cast. The film still has four more major roles.

The four new members of Nolan’s cast are equally as impressive. Nolan has brought to the cast two Inception alumni, Tom Hardy and Joseph Gordon-Levitt. Both up-and-coming actors broke out in Inception and it is no shock that Nolan has selected the two men to work as the film’s major two villains. It is rumored that Hardy will be playing the villain Bane. In the comic books, Bane is an unstoppable juggernaut whose strength and fighting ability are unparalleled. It has been rumored since last summer that Gordon-Levitt would be joining Nolan’s cast, but the studio only confirmed it two weeks ago. Who he will be playing is un­known. The most popular rumor is that he will be playing Dick Grayson, an orphaned acrobat whom Wayne looks after. Grayson eventually discovers that Wayne is Batman and joins him as Robin. This is strictly a rumor, however, as Nolan has repeatedly said that he does not like the character of Robin. Another option is that Gordon-Levitt will play a villain. This rumor seems out of the question to me, however, because we know that alongside Bane will be Cat­woman, played by Anne Hathaway. Almost a month ago it was reported that Hathaway will be playing Selina Kyle, a beautiful woman from Gotham who turns into Catwoman. This is a phenomenal casting and I cannot wait to see Hathaway in the next film. It is still under speculation whether or not her character will be strictly a villain, or also a love interest to Wayne. Now this leaves one final role: Bruce Wayne’s main love interest. The French newspa­per Le Figaro reported yesterday that Marion Cotillard, who also starred in Inception, has now been announced as this love interest. The popular film blog “SlashFilm” confirmed the rumor today. This means that Cotillard has beat out Kate Winslet, Rachel Weisz and Naomi Watts. Cotillard is an excellent actress and is beautiful (way better looking than Maggie Gyllenhall). This makes the final cast for the film: Christian Bale, Morgan Freeman, Gary Oldman, Mi­chael Caine, Anne Hathaway, Marion Cotillard, Joseph Gordon-Levitt and Tom Hardy. Let’s also not forget some guy named Christopher Nolan directing. Fire it up.