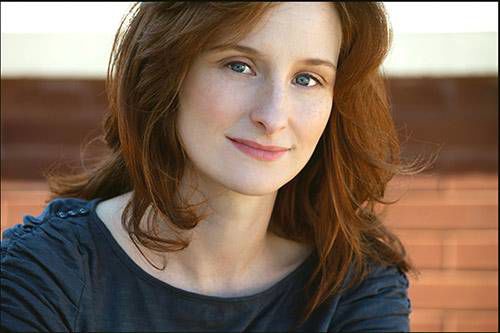 Associate Professor of Theater and director of Dance Nation April Sweeney has a passion for theatre that is immediately apparent when one hears her talk at a frenetic, yet somehow deliberate, pace about the art. Sweeney’s voice drips with love for her craft as she shares what directing means to her.

“In my opinion, a playwright and a director don’t have one idea of how you should interpret the play. I’m not saying ‘This is what the play means and you, by God, must understand that.’ I’m saying ‘This is what the play means to me, and this is the space I’m allowing for you to see the choices I made and the choices you would make and decide what lives in your world, what you respond to and to sort of investigate that in yourself,’” Sweeney said.

Sweeney’s love for theatre isn’t limited to the United States, either, as she broadens the scope of the conversation to include Latin American theatre as well. In 2004, Sweeney was invited on an itinerant theatre program in Argentina that would go on to include Bolivia, as well. Unsure of where she was heading in New York, Sweeney decided to join a program that would change her life.

“At the time, I was like, ‘This seems cool and interesting, I feel like I have to do it, but I don’t actually know why.’ Looking back on it, I needed to do it because I was kind of coming up [or clashing] against this idea of my occupation, my calling as a theatre maker and my ego, and my ability to not fully support myself through art… and that’s [all] kind of tied into your self-worth. What was really attractive about this program was…[how] I sort of was introduced into a way of thinking that was really a group of people [saying] ‘we make the work we make and how much money we make from it doesn’t have anything to do with how we conceive of ourselves.’ That was really attractive [to me], because it’s a completely different way of thinking than we have in the United States,” Sweeney said. “So, that [program] was amazing: the hardest thing I’ve ever done, the most beautiful thing I’ve ever done, the most horrible thing I’ve ever done.”

The Argentinian program continues to hold significant influence on Sweeney’s life, as it opened up new avenues in theatre.

“[The program] started my relationship with the country of Argentina and learning Spanish, which I’m so amazed and happy that I’ve had the opportunity to keep learning. It opened up an entire world of Argentine theatre, which I find really exciting. Right now I’m translating a couple of plays with a colleague of mine from American University. We’re doing the first reading with playwright Romina Paula in New York in December,” Sweeney said. “I’ve been able to travel to Argentina because of working at Colgate. Through their research funding, I’ve been able to continue that relationship, whereas if I wasn’t [at Colgate], if I was just in New York being an actor, I wouldn’t have [had the opportunity].”

Sweeney’s relationship with Argentina also changed the way she views art and her role in the art world.

“There’s a lot more independent filmmaking. In Buenos Aires, Argentina, that’s one of the things that’s really interesting to me because many of the theatre artists, Romina Paula for example, make films,” Sweeney said. “[In Argentina] there is not as strict a divide in the art scene between being an actor, director, playwright. They do almost everything. Many people do more than one thing and it’s just sort of accepted. In the United States it’s like ‘You’re an actor, that’s what you do. You’re not a director, you’re not a screenwriter, you’re not this.’ Also, there were so many women that were also directing and acting. That was unconsciously kind of new as well, because there’s a lot of agency in that. In my generation in the 90s, in New York, becoming a theatre artist it was like ‘Oh, you’re an actress.’

Her experiences as an actor have directly influenced her directorial style, as Sweeney places an emphasis on the agency and the comfort of her actors.

“I think every play a person makes has to take [the comfort and safety of the actors] into account. Even for the most mundane comedy, you don’t necessarily know how a person is going to respond to it. Starting right off the bat after I cast [Dance Nation], we all met, we read through the play and then we started to talk about it. I said, ‘Hey, what are you most afraid of in this play? What do you not want to talk about?’ There was a little bit of silence, but then people started to say ‘I’m afraid of the last part of the play.’ And I’m like, ‘Oh, you mean the choral ode about the p*ssy?’ ‘Yes.’ ‘Okay, what are you afraid about?’ ‘Well, I’m afraid that people in the audience are going to laugh, or that they’re not going to understand it or what it is about.’ The first thing to do is to open up a conversation… It’s really important that you create a space that people feel safe. You have to find a way for students to share something, or make something is personally connected to them. When that happens, the response by the other students is almost always affirmative and positive. There is a moment where they are like ‘I see you and you see me,’” Sweeney said.