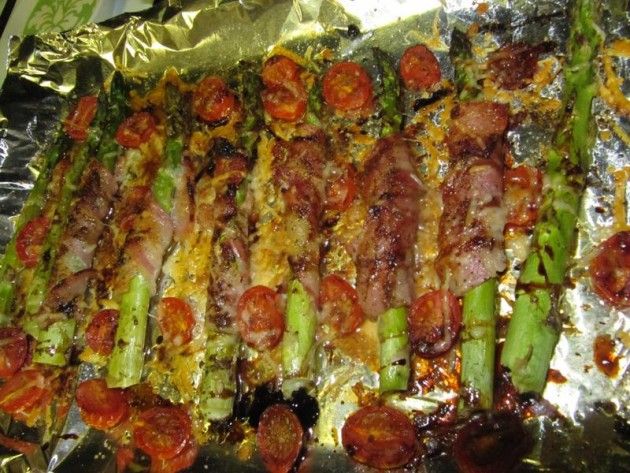 So as you can probably see we are down to deux, or two now. Since we’re second semester seniors we’re about to face the “real world.” Leslie has decided to focus her last semester on finding a job, so it’s down to just Sophie and Amy. The fo­cus of this semester’s cooking is going to be fast, simple and (obviously) delicious since Sophie and Amy are both going to be living in the library up until gradua­tion. We figured most Colgate students would appreciate spending less time in the kitchen and more time doing what makes them happy, or getting their work done in order to do things that make them happy. Basically, fast meals = more fun. Of course we might get the urge to cook something that takes a bit of effort, but even so, we’ll still aim for simplicity.

For our first column back this semes­ter, we did something that every cook (and definitely every student) needs to master at some point or another: creating a good recipe out of the stuff you have in the fridge the day before you’re plan­ning on going grocery shopping again. Luckily, after scrounging through the re­frigerator, the two of us were able to put together something that was pretty good and inspired by a recipe that our culinary genius of a housemate, Hilary Hirsh, cre­ated a couple of days prior. The focus of this recipe is on simple, fresh ingredients combined with bold flavors that can be eaten as either a great side, mixed into pasta or incorporated into a sandwich.

(Serves two as a side dish)

1 slice of pancetta per every 2 spears of

Preheat the oven for 350?. Slice the cherry tomatoes in half and put them face up on a cookie sheet covered in tin foil. Cut the slices of pancetta down the middle and use on half to wrap down the aspara­gus spear. Place on the tin foil with the cherry tomatoes.

Drizzle the olive oil and balsamic reduc­tion evenly over the vegetables. Sprinkle with salt, pepper and spices of your choice. We used Lawry’s seasoned salt because it manages to find its way in to every recipe we make and we like the extra spice it adds. Place in the oven for approximately 15 minutes. After 15 minutes is up, sprinkle parmesan and set the oven to broil leaving the asparagus in for ap­proximately 10 minutes or until the parmesan is melted and the pancetta is cooked. Take out and enjoy!

Just like most of the recipes we make, the best part about this is how simple and versatile this is. You could substitute bacon for pancetta, use any spices you want and you can make as much or as little as you would like. There’s also room for flexibility in the vegetables you use. You could roast pearl onions or onion slices, you could add some broccoli and for the self-proclaimed garlic lovers out there, why not throw some whole garlic cloves on there? If you are struggling to think of something to eat and dread the thought of eating ramen again, open up your fridge, pre-heat the oven and start experimenting.