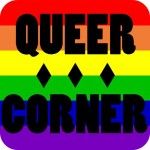 The “Don’t Ask, Don’t Tell” (DADT) policy was intro­duced to the United States Congress in 1993 (it passed the next year). DADT was originally presented as a way to stop beatings and murders of openly identi­fied non-straight individuals in the military. The law was never able to provide that, and instead became a bill which was used to ban openly gay, bisexual or lesbian citizens from serving in the U.S. military.

For 16 years the policy existed, and in that time, over 13,000 members of the service were discharged for DADT violation.

2010 was a year of change for this. President Obama expressed his desire to have the policy repealed in his State of the Union address, and in December, “The DADT Repeal Act of 2010” passed through Congress and was quickly signed by the president.

Now, in 2011, a Department of Defense committee must review current policies and, along with the president, sign off on all changes made to the current model.

If you were wondering about the research on which the legislation was based, there were numerous studies done on effective­ness of straight and queer soldiers serving in the military together, along with a very re­cent survey of active servicemen and wom­en, showing that over 70 percent had no problem with its passage, or were happy for the policy’s inclusion of non-straight individuals.

The new repeal is not designed to cause every queer person to get out and join the military, but instead it al­lows people who are protecting our country to stay true to who they are, and it is (hopefully) the end of a long battle fought for equality of all citizens. Except that the equality received might come with an asterisk.

Upper-tier colleges and universities across the coun­try have been denying Reserve Officers’ Training Corps (ROTC) recruiters from their campuses for a long time. The original response was the Vietnam War, and then the excuse became pointing out discrimination from DADT. With the repealing of the policy, recruiters were getting ready to appear at all of these places but have been stalled for a few important reasons.

The first is that Princeton University very simply denied the resumption of recruiting based on their stance of an “anti-military bias.”

As an institutional response to the movement, this ac­tion is critical in leading the way for other institutions to follow along in the same manner.

The second, and much more interesting one, is that students from Stanford University have called the repeal “non-inclusive,” saying that, even with the military not dismissing soldiers based on sexual orientation, transgender individuals are not protected and could be discharged, which goes against everything that was fought for and done in this repealing process.

This is not the first time that transgender individuals have been left out of the fold. The Employment Non- Discrimination Act (ENDA) has been proposed to almost every Congress since 1994, attempting to prohibit dis­crimination against employees on the basis of sexual ori­entation. In 2007, transgender inclusion (non-discrimination based on gender identity) was dropped from the bill because of the belief that it would not pass. LGBTQ organizations be­came incredibly divided over the issue, believing it was excluding an important group until trans­gender inclusion was added to the bill in 2009.

The struggle for inclusion is not an easy one, and is something that I know affects the queer community here on campus (though I know it affects more groups than ours). Progress is a process, and, unfortunately, things for the better usually change gradually.

The LGBTQ community here works con­stantly to change and update its language usage to reflect the most inclusive and correct terms for its students, staff and faculty. It’s not always easy, and it’s about constant learning. Isn’t that what we’re in college for? Yet for those not in the community, everything for which the queer community works is seen as too much, too fast.

While the transgender community has been organized for years – adopting their own flag in 2000 – it is only very recently that mainstream America has heard anything about them. In ad­dition, it oftentimes doesn’t understand them, thinking that everyone can neatly fall under a label of either “gay” or “straight.” As shown with the activists working with DADT and ENDA, this isn’t the case, and it takes a com­mitment to inclusion to constantly be working for the best solution. Getting educated about inclusion is your best bet toward positive progress.

End on a happy note? Even with the protests, I know I’m happy about the repealing of DADT. Hooray!