Letter to the Editor: In Defense of Minus the City 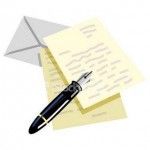 “Minus the City” is no stranger to criticism. Since its introduction as a column in the Maroon-News, it has been called crass and offensive. It has been a topic of discussion among students, faculty and alumni and is arguably the most-read column in the newspaper. In the last issue of the Maroon-News, however, a harsh letter to the editor was published claiming that the column has gone too far, that it is reflective of a moral stain on Colgate’s campus cul­ture and that it is because of columns like “Minus the City,” that talk about sex in a very open manner, that we live in a violent world and that the innocent become corrupt. As one of the writers, I think this is one of the most ridiculous things I’ve ever heard in my life. Personally, I believe that “Minus the City” is one of the more important columns in the paper.

In a lot of ways, college is a time of freedom and experimentation. No matter how much people play up the Colgate bubble, the fact still remains that we are relatively free to make our own choices regarding how we live our lives and to learn the consequences of our actions. Among all the things we experience as students in college, the blossoming of our sexuality is probably one of the most important. We begin to discover how to deal and interact with the opposite or the same sex in a way that was previously unavailable to us. I don’t think that any­one can really say they are the same sexual being they are at home, surrounded by the pressures of family life. It is a wholly liberating experience that represents one of the ways we are slowly forming into adults. However, this isn’t always a pleasant experience. We are inevitably hurt along the way. We make mistakes that can have unforeseen results. It can be scary if you really think about it and sometimes it can be nice to have someone to relate to.

“Minus the City” has taken many forms, both as a comedic and an advice column. But regardless, they both share the same fundamental principle: to make the difficulties of sexual­ity a little easier to talk about. Sex is something that can make people very uncomfortable. But at the same time, everyone has got a story.

We have stories about girlfriends, boyfriends, exes, hook-ups and everything else in between. Even if you haven’t had some sort of major sexual experience, the feelings and desires still exist that can prove difficult to articulate. “Minus the City” is simply a forum where a few writers, myself included, can share their stories in a way where people can hopefully take some­thing from them. I’m not saying our stories are the best ones this school has to offer, but at least we’re willing to share them. And I think that it is far more constructive to put our experiences out there for the world to read than it would be to keep all ideas pertaining to the sexuality of a college student a taboo subject.I’ve never advocated for any type of sexual conduct. I don’t think I’ve ever said that sex is something that should be taken lightly. No matter what you do, sex is something important that can be unpredictable. Honestly, I just wish people were as comfort­able as I am about it. I’ve been through a lot when it comes to sex and relationships in general. I’ve been through things that I would never wish on a another human being that were really hard for me to deal with at the time. If what I write can help just a few people, or at least make them laugh at me, I’m satisfied. Sex is something that the vast majority of us are going to have to deal with in our lifetimes in one form or another. It’s better that we talk about it now while we have the cushion of college life, rather than do so in the real world where these types of things can escalate very quickly and get us in a lot of trouble. Sex can be a beautiful thing. It is universal and it crosses every boundary they have a study for. It can also be pretty hilarious if you play it off right. Let’s share in that instead of what’s written in a college newspaper.