Rock in “The Suburbs” and a Rap “Fantasy” 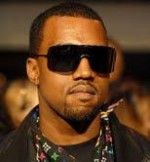 This is my list of the five best albums of 2010. Everything here is accessible enough to be loved by anyone, so if something sounds interesting, check it out.

5) LCD Soundsystem – This Is Happening

This is not the best album of James Murphy’s one-man-band LCD Soundsys­tem (that would be Sound of Silver), but that just shows how great he is. It might lack a brilliant centerpiece, such as Silver’s “All My Friends,” but it is unbelievably consistent. It has been said that imitation is the greatest form of flattery, and David Bowie should feel extremely flattered, as this is a wonderful album that is very much a tribute to his Berlin-era albums of the late 1970s. It seems that James Murphy knows that if you’re going to cheat, at least cheat off of one of the best kids in the class.

Who is The-Dream? He wrote, among many great songs, “Umbrella,” “Single La­dies” and “Touch My Body.” This album is nothing short of the perfect fusion of the ma­terialistic R&B prowess of R. Kelly and the funky passion of Prince’s best albums (with a sexual appetite that would make both proud). Every song is a banger itself, but what’s bet­ter, this is an unbelievably cohesive album. Catchy hooks and lush, intricate production mix to create a sound that is immediately gripping but complex enough to stand up to endless listens. This isn’t baby-making music; this is sweaty, lustful, thoughtful music that should appeal to anyone. Finally, it boasts the second best T.I. verse of the year.

3) The Arcade Fire – The Suburbs

Best rock album of the year, bar none. This band has managed to harness their indie rock pretensions and their increasingly obvi­ous love for Bruce Springsteen to create an al­bum of great songs that fit perfectly together to create a single, brilliant unit. This album channels all the Americana that we love from the Boss and Neil Young and updates it for a 2010 sound. Extremely accessible, totally heartfelt and a worthy continuation of an already great career.

Big Boi (the under-represented half of Outkast) has mastered all of the craziness we love from the best Lil Wayne songs, but maintains the coherence that Wayne seems to have lost in the last year or so. Big Boi is the best rapper in the game right now (prove me wrong), and every song is a testament to this. The songs are unlike any other rap you’ll hear this year but never forget their funky Southern heritage. If you like rap at all, this was it for 2010: funny, deep, intricate, catchy. I can’t ask more from anyone (plus, it’s home to the best T.I. verse of the year).

You did it Kanye: you created an al­bum that no one can hate. We may criti­cize everything Yeezy says and does, but you can’t say a thing about his music. This album has every relevant pop star on it and manages to be greater than the sum of its parts. “All of the Lights” is the best pop song of the year and “Monster” is the best rap song. That’s to say nothing of the genre-defying “Lost in the World” and “Devil in a New Dress.” If you don’t have this album you can’t speak on it, and if you do, there’s nothing left to say.