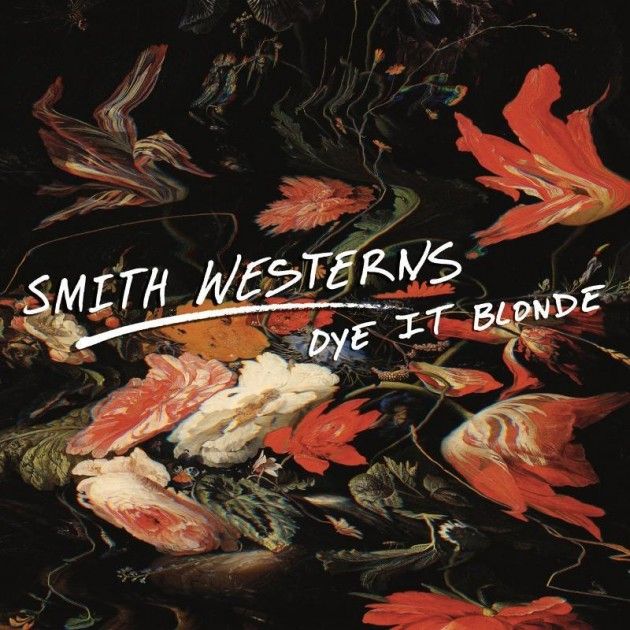 I’m sick of seeing people my own age accom­plishing feats way beyond their years in respect to my own achievements. Smith Westerns, the Chicago-based group of early 20-somethings just put out their second album of Bowie-inspired garage rock entitled Dye It Blonde. Well, garage may be a bit harsh because the band of high school friends was aided by pro­ducer Chris Coady (Yeah Yeah Yeahs, TV On the Radio) and indie label Fat Possum Records (Black Keys, Band of Horses etc.). The band’s first, self-titled, album was characterized by a lo-fi, muddled, coming out of your friends mom’s basement type sound, which is fine for a bunch of ambitious and still developing teens.

Fast-forward one short year and Smith Westerns, led by front man Cullen Omori, shot for the stars landing some­where short of Mars on their second ef­fort. On my favorite track, “End of the Night,” Omori sings “Everybody wants to be a star on a Saturday night/Come with me baby and your eyes shine the sunlight.” It’s this kind of imagery that gives the album a glamorous, dream-like quality which is completely their own, yet reminiscent of their predecessors.

Like most dreams, the result is usually fuzzy, but Dye it Blonde is much crisper than the band’s first effort. With catchy, yet trancelike songs including “End of the Night” and “Imagine Pt.3” (John Lennon), Smith Westerns goes beyond the simple gimmick of playing glam-covers. Often, lo-fi is too out-there and uninviting; to the contrary, Smith West­erns are extremely attractive, which I find to be the band’s most redeemable quality. With influences from iconic acts such as David Bowie, T.Rex and 90s bands like Oasis, Smith Westerns is still putting out their own unique blend while finding their way in the musical landscape.

For a split second Cape Dory will make you forget the arctic tundra that we call home. This is the debut album from the Denver-based pop band Tennis, comprised of a husband and wife duo Patrick Riley and Alaina Moore. Cape Dory is the soundtrack to the duo’s eight-month nauti­cal voyage aboard their sailboat, the aptly named Cape Dory. Tennis is a revival of 50’s and 60s pop bliss, and has been compared favorably to the likes of Beach House and Best Coast. There is, however, room for Tennis in this little niche and it doesn’t hurt that their story is so engaging. The story goes a little something like this: two people in love sell everything they own in order to fund an eight month sailing trip up and down the east coast, thus serving as a foundation and inspiration for their music.

While Moore’s voice is, well, underwhelm­ing, she uses it to perfection as she practically lulls you to sleep with shades of paradise and constant references to seafaring nature. With songs like “Marathon,” which many will rec­ognize, and “Baltimore,” Tennis transcends the feeling that they are simply a whimsical nov­elty representing a bygone era. Instead, Tennis brings you a warm and inviting sound which separates it from other pop bands out there to­day. There is a simplicity to their sound, and in a world where music is valued based on production quality, Tennis is stripped down. I highly suggest this album, if not for now maybe for once the weather improves.