Honorable Mentions for Music in 2010 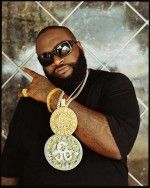 Last week’s issue featured a list of the top albums of 2010. For this week, although it’s not possible to give all the deserving artists the credit that they deserve, these are several people who need some mention.

This album was an interesting change for Greg Gillis. Longer samples with thicker layers of songs provide a fuller sound that still embar­rasses all other mash up artists. The focus has shifted even further into pop music with many contemporary artists featured prominently. Only time will tell if this one will have the longevity of his crowning achievement (Night Ripper), but it certainly was entertaining.

Rick Ross used to be a fraud, a terrible rapper and entirely wack. However, with this album and its awesome “B.M.F.” Rick Ross is now only a phony (but with produc­tion this good and a voice like that, I can forgive him). One of the few jaw-dropping songs this year on an album that is much better than anyone expected.

This Atlanta rapper has been kicking around Gucci Mane’s mixtapes for some time now but has never actually been worth anyone’s time. All that changed this year with three amazing songs. “Hard in the Paint” and “O Let’s Do It” were two the best songs of the year and prove that Waka is capable of going harder than any­one else in rap. “No Hands” shows that Waka has serious crossover potential, with a ridicu­lously catchy hook and a great verse. Though his album was uneven, there’s serious potential in this up-and-coming rapper.

“F*** You” has been nominated for several Grammy Awards, including Best Record and Song of the Year, and the fact that it prob­ably won’t win is criminal. This is a brilliantly crafted, undeniably infectious song that isn’t even ruined by its radio edit. Cee-Lo has been around for years (in Goodie Mob and Gnarls Barkley) but is finally taking the spotlight solo.

There were lots of female vocals in indie rock this year, but the only album that I know for certain I’ll listen to next year is Sleigh Bells’. Crunchy guitars, thumping percussion, catchy choruses and, best of all, meaner than they seem. This duo will outlive the novelty of so many other indie bands of 2010.

This album is every bit as solid as their first and adds a level of experimentation that their debut lacked. The first half is filled with pure pop gems, the second half takes their pop abilities and steps just outside their comfort zone. Luckily, this album is triumphant in its successes and has no failures, but not quite the revelation that they have indicated they could one day make.