Women’s Swimming and Diving Keeps Up the Pace 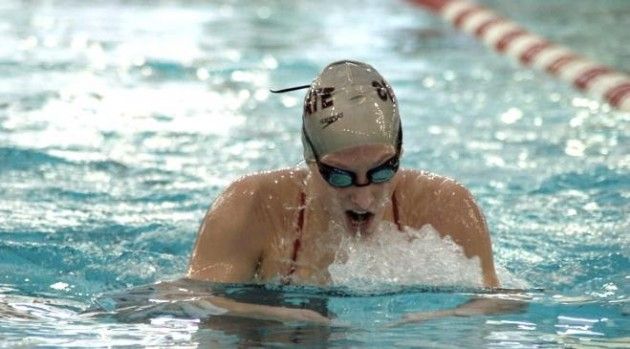 The men’s and women’s swimming teams traveled to Binghamton, New York this Sat­urday. The women were part of a tri-meet with both the Binghamton Bearcats and Vermont, while the men faced Bingham­ton in a dual meet. Despite the men’s 166- 111 loss, the women handily defeated the Catamounts with a score of 214-96 and the Bearcats 196-104.

Junior Costas Hadjipateras was perhaps the keystone player of the day, winning two individual events as well as contributing to a victory in the 400-yard freestyle relay along with teammates Tucker Gniewek, Dan Sweeney and Patrick White. Hadjipateras got the Raiders their first victory of the after­noon with a time in the 200-yard freestyle at 1:44.12 and followed that with a first-place finish in the 200-yard butterfly with a time of 1:57.03 before taking part in the relay. Devon Healy earned the other win for the Raiders. He swam to a win in the 200-yard breaststroke with a time of 2:12.19.

During the women’s portion of the meet, senior captain Caren Guyett won three individual events and had four total wins on the day. She started the day with the 1000-yard freestyle, blowing her oppo­nents away with a first place win, leaving the second-place finisher 27 seconds behind her time.

She continued to prevail in the 200-yard fly and 200-yard breastroke Co-captain Erin McGraw came away with two indi­vidual wins including first place in the 200- yard freestyle with a time of 1:54.25 edging out opponent and teammate Emma Santo­ro by a half second. Santoro continued her streak with a first place win in the 200-yard individual medley at 2:10.23.

Erica Derlath sustained the winning momentum with a first place win in the 500-yard freestyle. The Raiders triumphed in both relays, first in the 200-yard re­lay as Lia Kunnapas, Claire Hunter, San­toro and McGraw took home first with a time of 1:50.24. Hunter later contended in the 400-yard relay along with teammates Sarah Button and Megan Jex.

Kim Pilka shined for women’s div­ing taking home both the 1-meter and 3-meter events with scores of 256.9 and 245.45, respectively.

Colgate will return to face the confer­ence with a meet at Army challenging both the Black Knights and Lafayette next Saturday at 1 p.m.