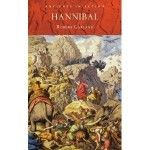 Roy D. and Margaret B. Wooster Professor of the Classics Robert Garland recently published Hannibal, part of the “Ancients in Action” series, in April of this year. The book tries to explain the somewhat enigmatic historical character of Hannibal, the Carthaginian general who famously led a massive expedition of infantry, cavalry and elephants over the Alps in an attack on Rome during the Second Punic War. The book was published by the Bristol Classical Press and is available at the Colgate University Bookstore.

The goal of the “Ancients in Action” series is to provide short incisive books introducing major figures of the ancient world to the modern general reader, including the essentials of each subject’s life, works and significance for later western civilization.

Garland began work on Hannibal about three years ago with this goal in mind, but also to examine the events surrounding Hannibal from the general’s own perspective and convey his personal admiration for his achievements and perseverance.

“Hannibal, of all people, displayed more guts and determination on staying the course, even knowing that he was not going to give the death blow to Rome,” Garland said. “In some ways he is the first Romantic hero in Western Civilization. By his charismatic leadership in holding an army together in the most adverse circumstances, he set the bar of human potential higher than it had ever been before. He was the man in the grip of an idea which was the biggest idea of the third century; to take down Rome.”

Though Hannibal’s military strategy and battles against Rome are the most thoroughly researched subject approached by historians, Garland found Hannibal’s later life as a politician and corruption-buster equally fascinating.

“Instead of going into freefall, he became a very good statesman for his people – he made it a goal to eliminate financial corruption,” Garland said. “It seems that Hannibal had a very strong commitment to equality. I find him as interesting in defeat as he was in success. The end of his life becomes almost mythological; it is clear that he didn’t lose the dream, and that was what really struck me … he becomes almost inspirational.”

A major difficulty that Garland encountered in writing the biography was the minimal documentation of Hannibal’s life and lack of any written material from Hannibal himself. This has posed a major problem to historians trying to grasp Hannibal from a psychological standpoint.

“I might as well admit from the start,” Garland says in the first lines of the book, “we know so little about the man. There is virtually nothing in the record that sheds any light on his personality.”

However, Garland overcame this difficulty by fully devoting himself to understanding Hannibal’s character and using what decisions and actions that Hannibal made to get a grasp his personality and thought process.

“When you write a book about someone, I think it’s important to get inside that person and put yourself in their shoes … they become familiar personalities,” Garland said. “Given the fact that there is not a personal testimony of Hannibal, I think it is the business of the historian to propose reasons for why he acted the way he did and to try to understand why he took the crucial decisions that he did.”

Critics praised the book for its concise, yet thorough and meticulous introduction to a complex historical leader.

“Garland has done a superb job of working with the sources to present a clear and nuanced image of an almost legendary figure,” Assistant Professor of History at Providence College Fred Drogula said. Drogula reviewed the book for the Bryn Mawr Classical Review. “Garland takes what evidence we do have and weaves it into an engaging, comprehensible and surprisingly detailed account of Hannibal’s life. The book is as enjoyable as it is informative, and it is an excellent introduction for anyone wishing to learn about this deservedly famous general.”

Garland is now working on producing a course for “The Teaching Company,” a company which records courses created by college professors.

“I’m working on a course called ‘The Other Side of History’ about those who are often overlooked in history – the poor, the sick, women, slaves, etc. – and trying to imagine their lives,” Garland said. “It is difficult because it starts at the very beginning of human history, but I like it because it has taken me out of my comfort zone and I like nothing better than being outside my comfort zone.”