Shedding Light on the Flair of Hair 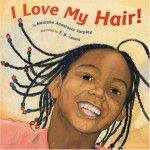 “What is good hair?” That was the question of the night at the annual Sis­ters of the Round Table (SORT) event known as Finesse of Tress at the Edge Café on Saturday, November 22. More clearly, “what does your hair mean to you?” Many participants created origi­nal works to describe how hair serves as an important part of their identity and shared them in front of a set of eager and well-fed onlookers.

Each table contained a flyer that read, “What is good hair?” along with responses from audience members from the SORT event entitled “Good Hair.” Various hair care products were also dis­played throughout the café to add to the hair-themed atmosphere. To the hap­piness of many, Indian food was also served before the event began.

According to the Colgate website, “SORT provides a space for women of color to come together and voice their concerns, hear feedback and foster community. The group also creates activ­ities and programs to promote awareness about issues that affect women locally and globally.”

Finesse of Tress gave both women and men within the Colgate community a chance to express themselves in a powerful way in front of their peers.

Co-chairs of SORT, juniors Dena Rob­inson and Darius Robinson, introduced the event as a performance about what hair means in relation to one’s identity.

All of the performers were introduced by Dena Robinson and walked in to an empow­ering song of their choice. Each performer had a very different story to share about the way in which their hair has served as a meta­phor for various aspects of their lives or in­fluenced their character in some way.

Two transgendered students in particu­lar focused on the way in which facial hair both helps and hinders their ability to ex­press themselves in the sex that they feel that they are. Additionally, students talked about the evolution of their hair in rela­tion to their personalities. Many also fo­cused on the lessons that they learned from their hair, such as those about inner beauty. Also, many had used their hair as a prime avenue for self-expression. They stated how they used it as a “cre­ative outlet” and as a means for making themselves feel confident regardless of the opinions of others. One performer also explained how her hair represented a connection to her family.

“I was extremely impressed by the cre­ativity of the speakers at the event and how hair was used as a way to explore one’s identity, ” first-year Tara Salisbury said.

At the end of the event, attendees could enter into raffles for hair products. The proceeds raised from the raffle went to the Haitian Health Foundation for the Advancement of Women.

The event itself proved to be extremely meaningful both to those who attended and spoke. The audience could relate to what the speakers said very easily. It also gave the speakers a chance to write down and speak out their inner thoughts and feelings. It was interesting to see how something that appears to be so minor and commonplace can actually be quite a significant part of the formation of one’s identity.