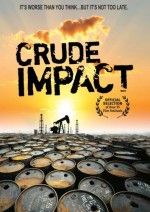 As part of the Peace and Conflict Studies (PCON) film series, last Monday evening, the Peace and Conflict Studies department sponsored a movie, “Crude Impact,” that highlighted the need for energy consump­tion reduction and traced oil’s role in global conflict. The event in Golden Auditorium argued of the severity of problems caused by fossil fuels.

Even though the movie is a bit outdated, it has a large amount of pertinent informa­tion. For example, the movie asserts that agricultural growth caused exponential population growth which has led to an unsustainable demand of fossil fuels. By managing population growth, the world’s energy can be better handled. The movie also points out that educated women have less children. So, promoting women’s rights across the world leads to at least two ben­efits: a more sustainable population and a set of rights for women.

The movie also presents a historic per­spective on oil. Since the eighteenth century, about one trillion barrels of crude oil have been extracted. It discusses “peak oil,” the notion that, after a certain point, the quan­tity of oil extracted “irreversibly declines.” Many countries have already hit their “peak oil” mark. In fact, since 1953, oil discovery worldwide has gone down. This fact means that, if the trend continues, oil is running out and that energy consumption levels are unsustainable. The movie touches on the particular issue of maintaining the Ameri­can lifestyle when the narrator said that there is a “disproportionate use of resources in the U.S.”

The movie recognizes the need to not only migrate to a sustainable lifestyle, but also to find alternatives to fossil fuels. These fossil fuels are a fundamental part of food production.

“Nowhere are fossil fuels more critical to humanity than in the production of food,” expert Christopher Flavin said.

Since fossil fuels play such a key role, soci­ety must work hard to find alternate ways of preparing food and to limit fossil fuel usage for other purposes.

Besides the energy-specific issues behind oil, the movie focuses heavily on the conflict inspired by the oil industry. For example, oil giant Shell’s practices in Central America led to local protests because of the poor living conditions caused by Shell’s presence. An­other conflict-related topic from the movie discusses how the United States’ oil depen­dence forces the nation to deal with unstable regions of the world. In other words, the movie argues that by having such a large de­pendence on oil, countries like the United States are in a way supporting regimes that consistently violate human rights; ultimately, the movie’s point is that the negative effects of the United States importing oil are not brought to light enough and must be consid­ered. The movie argues that this problem will only grow in the future.

Senior Tom Lee felt that the movie was “interesting from a sociological perspective.” The movie brings up the startling fact that “waste water,” the accompaniment to extract­ed crude oil, consists of 2 percent crude oil and carcinogens. This hazardous substance is on Earth in a quantity up to thirty times as large as the Exxon-Valdez oil spill.

Also, the experts in the movie believe that a resource war could be on the horizon. With an exponentially growing global population and an increasingly larger amount of people consuming excessive amounts of fossil fuels, the world’s countries will find themselves in dire need of more resources. Despite the se­vere concerns brought up by the film, it sug­gests that there is still hope for the future. The movie’s semi-optimistic message is that hopefully the potential cataclysm of tomor­row may be avoided through the enactment of prudent measures today.