Evaluating NHL Trends a Quarter of the Way Through the Season 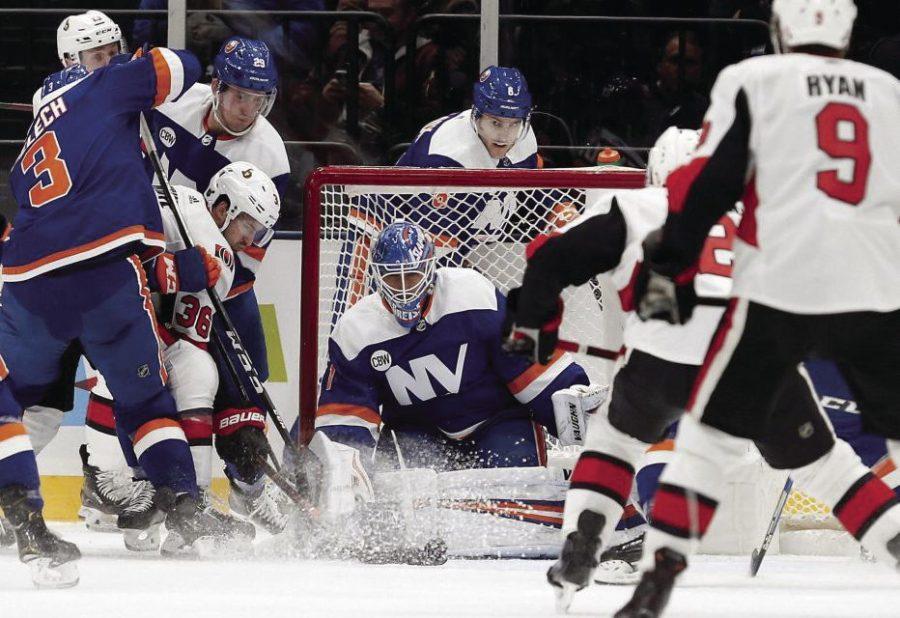 With a quarter of the NHL season behind us, we look at the stat leaders so far.

The Edmonton Oilers’ stars are lighting it up again this year. Connor McDavid, the Oilers’ 22-year-old captain, recently recorded his 400th career NHL point. However, it is his linemate, Leon Draisaitl, who leads the league in points.

Draisaitl currently holds 34 points in 19 games, helping the Oilers hold first place in the Pacific Division. While being second in the league in goals scored, Draisaitl is also currently tied for first place in assists with Washington Capitals forward, John Carlson, with 20 assists. McDavid is in a close second, however, with 19 assists.

David Pastrnak trails Draisaitl in points by four. However, he currently leads the league in goals scored with 15. Pastrnak, the six foot right winger for the Boston Bruins holds 337 points at just 23 years old. This season, Pastrnak also holds a plus-minus of +6.

Despite the Ottawa Senators holding one of the worst records in the league, Jean-Gabriel Pageau, the 27-year-old defensemen, holds the best plus minus in the league at a +16. The Senators also lead in the league for time on ice per game. Ottawa defenseman Thomas Chabot individually averages 26:16 minutes on the ice per game, the highest in the league.

Sean Couturier of the Philadelphia Flyers is the league leader in faceoff win percentage, winning 63.88 percent of the faceoffs he talks. The Flyers currently are the second best faceoff team in the league, trailing the Vancouver Canucks.

Goaltending is a major role in hockey and the New York Islanders’ goalie, Thomas Greiss, has been leading the league in that department. In nine games, Greiss has averaged 1.88 goals against average, helping the Islanders hold the second place spot in the Metropolitan Division, trailing the

Washington Capitals with two games in hand. Greiss also has the best save percentage in the league, clocking in at a .942 save percentage. The only goalie close to that is the Chicago Blackhawks goaltender, Robin Lehner, who currently holds a .934 save percentage.

Despite Greiss’ dominance in net, David Rittich, the Calgary Flames’ goaltender is tied for the league lead in wins with Marc-Andre Fleury of the Las Vegas Golden Knights, Jordan Binnington of the St. Louis Blues, Frederik Andersen of the Toronto Maple Leafs and Matt Murray of the Pittsburgh Penguins. All five goaltenders hold nine wins to lead the NHL.

While the season is still in its early stage, these players and goaltenders look to continue their success all the way to June when one team will hoist the Stanley Cup as the best team in the National Hockey League.