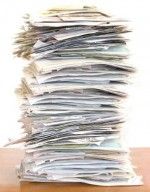 When I applied to colleges, high on my list of requirements were schools with good study abroad programs. My college guid­ance counselor informed me that I didn’t really need to worry about that because ev­ery school lets you study abroad with other programs if you need to. He was mostly right, but I never imagined what a hassle it would be to find my own program.

I am Pre-Med and a Peace and Con­flict Studies (PCON) major (with a Mid­dle East focus) which means that while I have no trouble fulfilling my distribution, I have almost no room to take classes that don’t fall in one of those categories, includ­ing in my study abroad. Since Colgate has no program anywhere in the Middle East, much less Israel and the West Bank where I am most interested, I have no choice but to find a program on my own. Don’t get me wrong, there are Colgate programs that I could use for either Pre-Med or PCON, but it’s never really made sense to me to try and study anywhere but where I am most interested, and where the focus of my major is.

Its not that it’s particularly hard to find programs in the Middle East, but I have to go through so many more steps than people in Colgate programs. I had to meet with Off-Campus study and all they could re­ally do was point me in a general direction. I had to narrow down programs to ones that would fit my dates and major require­ments. I had to e-mail the universities I’m looking at to get their syllabi so that the PCON department can approve my classes for credit (did I mention I can’t graduate on time if I don’t get two of my credits to transfer for PCON?).

Now I have to decide which place I ac­tually want to go to. I have to figure out if I can even afford to go abroad since my financial aid won’t carry over. I’m apply­ing for scholarships to make my trip af­fordable, which requires actual letters of recommendations (instead of putting a professors name down and having someone from Colgate have a little chat with them). I’ll have to apply for my academic leave of absence, and then I’ll have to apply to the university that I end up picking, meaning more letters of recommendation, with the possibility that I won’t even get in.

I’ll have to find my own accommoda­tions and won’t get much guidance on vi­sas and fun stuff like that, and I’ll be cut off from everyone at Colgate for my entire study abroad.

I realize that I’m a big girl now and hav­ing some of those responsibilities isn’t the worst thing that I’ll ever have to deal with, but it just doesn’t seem right that because I’m trying to do what I want to do I’ll have so many more challenges than the average Colgate student going abroad. I know that the administration is working on improv­ing some of the problems (like financial aid) but if Colgate really wants to become a more global campus, it needs to make it easier for students to study all over the globe and still get as much as possible out of Colgate.

That being said, even though I’m going to miss all my Colgate friends, I’m so ex­cited to go abroad, meet new people and bring my experiences back to campus.