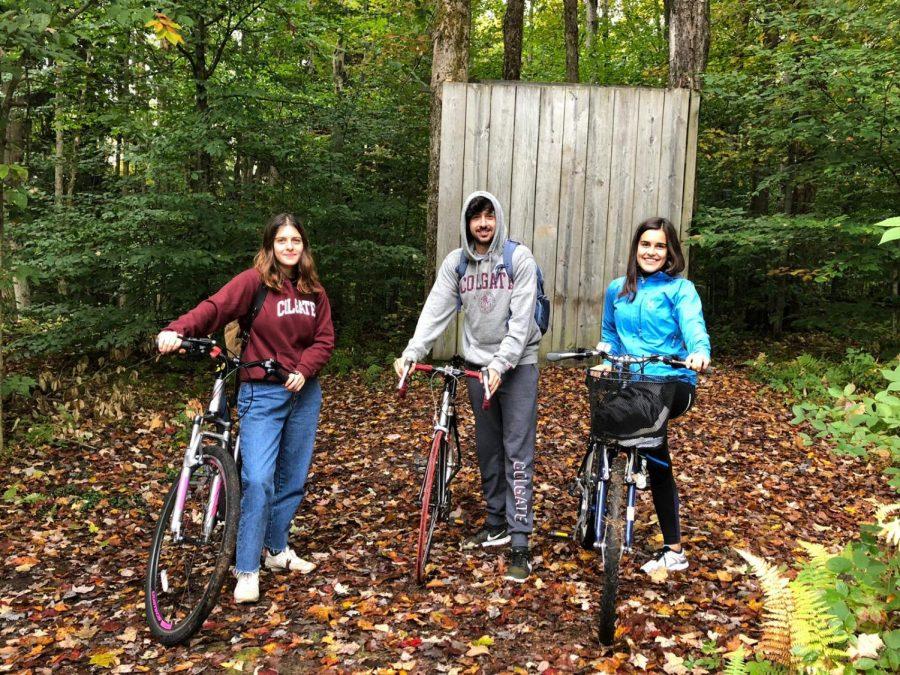 Jaime Pumares Lolo was the Spanish intern last year and is pursuing his masters in education at Colgate this year.  He is from a city called Lugo in Galicia, Spain. Pumares Lolo’s parents both grew up in Lugo, as did his grandparents.  Lugo is the only city in the world to be surrounded by completely intact Roman walls.

The history of the Roman Empire is still very present in the city. There is a festival in the summer called ‘Arde Lucus’ where everyone in the city dresses up as Roman citizens.

Pumares Lolo grew up speaking both Spanish and Galician, which is a mix of Portugese and Spanish. Galicia, Pumares Lolo’s hometown, is the only place in the world where it is spoken

Pumares Lolo recommends making the trip to Lugo, at least for a day.  According to Pumares Lolo, Lugo is one of the best places to eat in Spain. His favorite food is arroz con bogavante (rice with lobster) but he says the seafood and the beef are very good as well.

Pumares Lolo went to college in Santiago where he played on the university tennis team. He then completed his first masters in education in Madrid. Hamilton is the fourth place he has lived. Given that the first three places were European cities, Hamilton has been a bit of an adjustment.

He is very involved in the Colgate community. Last year, as the Spanish intern, Pumares Lolo organized screenings of the Champions League games in the conference room of the Keck Center.

This year, Pumares Lolo is the residential fellow of the Hancock Commons. He organizes events for the Hancock commons, like dinners with faculty members and brunches. They are open to the entire Colgate Community.

When he finishes his master at Colgate, Pumares Lolo hopes to teach in a high school or university or get his PhD. He wants to be a teacher because he loves interacting with people. He wants to challenge students to help them improve.  He loves children and working with them. He says that working with children can feel as if you never get old.

In his free time, Pumares Lolo likes hiking, spending time with his friends and playing and watching sports.  He loves radio shows and late night shows. Last year, he did a comedy radio show.

His favorite late night show is La Resistencia, which is a Spanish TV show. He says it is similar to Jimmy Fallon but the host asks the questions nobody is asking. Pumares Lolo also loves movies with his favorite being The Godfather. He even named his dog Vito Corleone after a character in the movie.