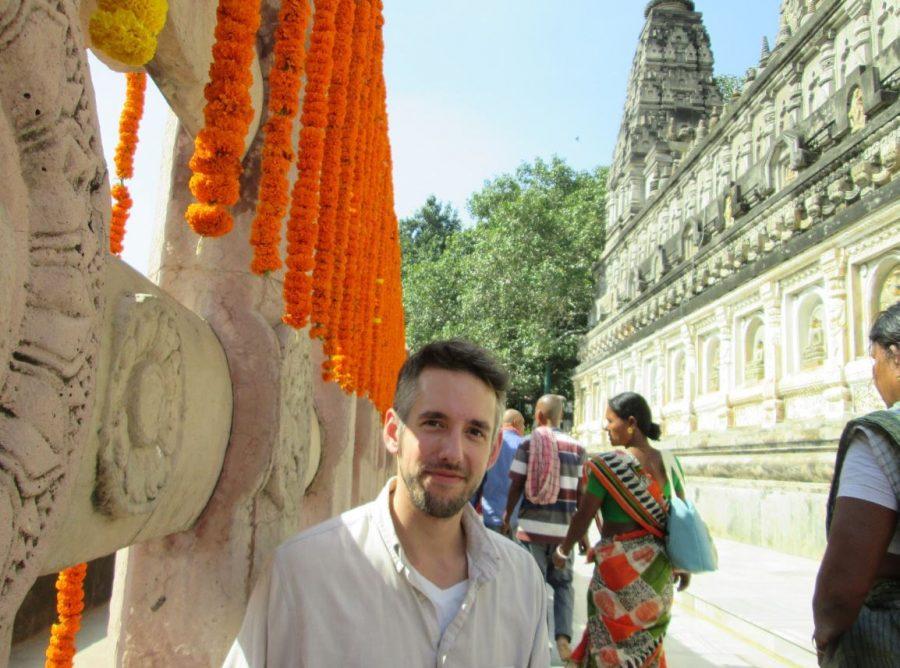 Professor Alex McKinley is one of Colgate’s newest lecturers; he started teaching this semester as a professor in the religion department. He came along with his wife, Professor Roshni Patel, a visiting assistant professor in the philosophy department. McKinley said he would not be here if it weren’t for her, calling himself “the bonus lecturer Colgate got in the deal.”

McKinley says that religion is a great subject to teach because it has a wealth of varied primary sources. As a result, he assigns more primary sources than secondary material. He commends Colgate students for allowing him to assign complicated philosophy and theology on top of poems and myths.

“I’ve always had a strong interest in religious traditions, beginning with my own background in Catholicism,” he said.

McKinley loves to teach about Hindu and Buddhist traditions because they are his strongest areas of expertise, but also because they cover many concepts most students have no exposure to in the United States. He also loves to teach Core 152, Challenges of Modernity and emphasizes how he appreciates the small class sizes and having an environment that is best suited for class discussion.

“At some other schools where I have taught, large class sizes in core or general education courses force professors to rely on lecturing more often [than discussion],” he said.

McKinley is originally from Chicago. He completed his undergraduate BA at Grinnell College in Iowa and received his Masters in Theological Studies from Harvard Divinity School. McKinley earned his PhD in Religion from Duke University. Last year, McKinley and his wife lived and taught in New Orleans.

“I’m a big jazz fan, so being there was a dream, as you can pretty much find a killer set any night of the week, all happening in cozy bars and restaurants frequented by local legends,” he said.

Hamilton was a big change for Professor McKinley and Professor Patel, but they are adapting to the lifestyle here and taking advantage of the “perks to country life.” McKinley stated that the air here looks and feels cleaner, and the scenery of the area is beautiful. They have a community supported agriculture (CSA) box from the farmers market, and receive fruits and vegetables from a local farm.

“I’ve never tasted such flavorful produce. Our diets are certainly healthier than they were in New Orleans,” McKinley said.

Aside from his coursework, McKinley spends a good portion of his time on research. One of his projects has been translating poetry written in Sinhala, a language primarily spoken by the Sinhalese people of Sri Lanka. This, he says, has become a hobby for him. He is also working to publish his first book, based on his PhD dissertation about a pilgrimage mountain in Sri Lanka called Adam’s Peak. The mountain is 7,500 feet tall and in the six months he spent researching there in 2015 and 2016, McKinley climbed it 50 times.

“This is considered an extraordinary feat by every Sri Lankan I meet, many of whom climb the mountain no more than once in their lifetimes. Some think I must have been a really good Buddhist in a past life. Others just think I’m crazy,” he exclaimed.