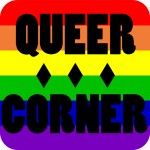 Unfortunately, no. Our everyday speech is separated into genders, and it is separated into a binary. Using English, our nouns don’t have gender, which makes learning romance languages somewhat obnoxious (what do you mean that the blackboard is male? Did it tell you that?). Objects are helpfully known as it (with the exception of ladybugs, which obviously are always she), but this puts increased pressure on the idea that people are required to have a gender. Isn’t that what separates us from random objects?

Well, that is where it gets complicated. Gender is constructed by society (just believe me on this one, alright?) and how we fit into that construction determines a lot about what people expect of us every single day. It’s funny, because every social context differs in its designation of what is explicitly masculine or feminine (try thinking east coast vs. west coast for basics), and yet we try to define matrices to place everyone in. We humans sure like boxes. Gender is different than biological sex (male, intersex or female), and while the two make up a person, they are different things.

Transgender is a gender identity that is used for someone who feels that they “transgress the socially constructed confines of gender, and that designation is important to their identity or experience” (Davey Shlasko, 2010). This term is most widely understood and used to encompass people who are transitioning or who have transitioned (a surgical procedure) from one sex to the other. Essentially, this person was born with the identity that they have of themselves on the inside not matching the physical one on the outside. If it sounds confusing to understand, it is even harder to live through and make sense of, and sometimes transgender people are hurt or killed because of others people’s ignorance and fear.

If you take some time to wrap your head around it you might be able to make sense of the idea. Be warned: even though in the U.S. we tend to associate gender and sexual orientation together sometimes (“wimpy”/gay men = women) they are not the same thing.

How one identifies oneself internally has nothing to do with the types of people to whom one might be attracted.

So going back to my original gibberish about language, how are the two things connected? In English, we have four pronouns to refer to someone: he and she (gendered), it (rude), and one (abstract). None of these works for someone who doesn’t identify as a man or woman, and they also don’t work when trying to guess someone’s gender when you meet them. My friend at home gets called “Ma’am” more often than he likes to report because of his long hair. We only have “ma’am” and “mister,” no in-between.

mirror. Sexy!”). Bonus points if you can use them in your next academic paper.

They are a little awkward to get used to, but if you can practice them and get comfortable with them, then you’ll be working to foster a greater community of inclusion and tolerance on this campus. It’s hard to eliminate a vocabulary of gender from our everyday speech. In my dance classes, I have to constantly remind myself that shouting “Guys!” in effect should not refer to everyone in the room (half of it is full of females), and that each partner in each couple is either a leader or a follower, not simply a lady or gentleman. I (along with others) know and dance both parts, and I’m as classy of a gentleman as they come. It is ingrained in all of us to think in terms of gender, and it is something we all need to work on noticing and attempt to reduce.

These ideas shouldn’t just be grappled with theoretically. We have transgender students at this University, and more than likely more will be coming out or being admitted to Colgate. Working now to understand these issues will foster a more welcoming campus, something that we all look for, regardless. Train yourself to not assume, so that others won’t assume about you.