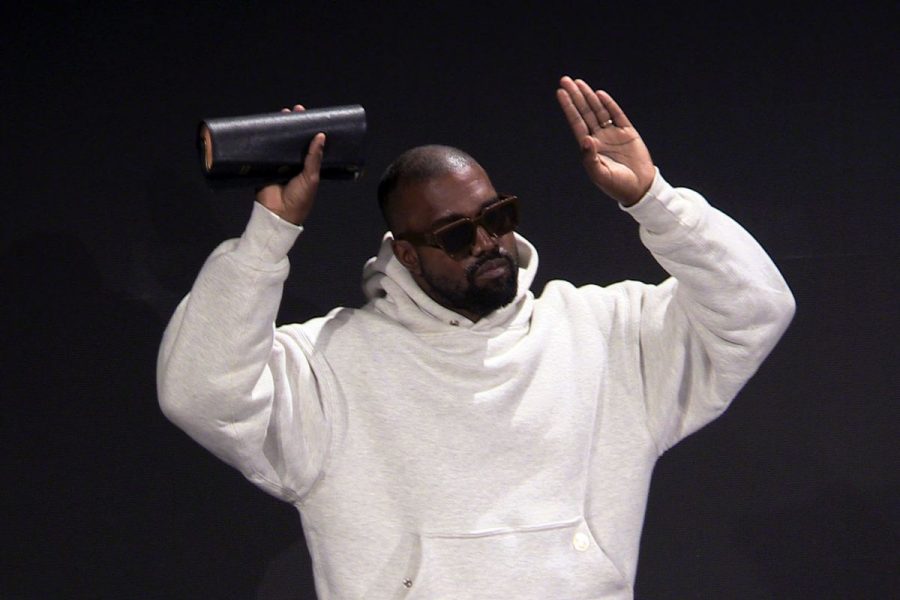 When word of Kanye’s new albumbegan to spread, my friends and I began to ride the Kanye hype train. We listened to all of his old albums in the time leading up to the drop and stalked his website. When the album came out, we had a listening party. When the Imax was released, ten of us drove down in a caravan to see Ye.

With all of the controversy that surrounds Kanye, I usually get to thinking about the age old yet still relevant question: can we separate the art from the artist? I don’t know if there’s an easy answer to this perplexing question, but my approach is to take it on a case by case basis. Kanye has been “canceled” many times before so he’s no stranger to today’s cancel culture. It’s remarkable how he’s been able to rise above any problem he’s been faced with, and this makes me scared. I know the power of an icon and I know the power of religion. The combination of the two is beautiful and dangerous.

Being a Kanye West fan is being a fan of the world today in all its modernity. You accept and embrace the good just like you do the bad. There is of course so much in between that binary. By being a fan, you have to decide for yourself what to embrace. I don’t think people should ignore or disregard any part of Kanye because that would be to have a fragmented portrait of the artist. The same goes for just seeing the Kanye that’s highlighted in headlines. If you’re going to be a fan, take the whole man.

In an interview with Big Boy, Kanye said, “I can’t tell you how to feel but I can tell you how I feel.” We hear what he feels in these interviews and albums.

Kanye will give you his gospel and the Lord’s is there if you want to follow that path too. Being religious is not necessary for appreciating his art. Anybody can listen to the music and find something within it. I was listening to the Kanye interview with Zane Lowe and felt compelled to pick up a Bible. After listening to Jesus is King at least 20 times so far, I felt it was only right that I see what I could find.

I randomly opened the Bible to Psalms 55-8. I feel like God is trying to tell me something. On this randomly selected page, I found several connections to Jesus is King. After reading the “fear and trembling” (Psalms 55:5) phrase that I learned from Kierkegaard, I come across this line: “My companion stretched out his hand” (Psalms 55:20). For any Kanye fan, you’ll recognize the connection. It’s found on the Pastor T.L Barrett sample of the song “Father Stretch My Hands Pt. 1.” On Jesus is King, Kanye samples a Whole Truth song on “Follow God” that has a similar line about “stretching my hand.”

“Psalms” is full of language about the choir, especially the inclusion of the word “selah,” which marks the end of a verse. It sounds to me like Sunday Service and if you look at the tracklist of Jesus is King, you’ll notice that “Selah” is the second song on the album. I guess I might just be a fanatic.