Lecturer Argues for Harmony Between Bible and Science 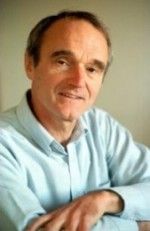 On Thursday, November 4, the Center for Freedom & Western Civilization, the Institute for Philosophy, Politics and Economics and CORE 151 sponsored a lecture given by Scientist & theologian from Aish HaTorah College of Jewish Studies, Israel Gerald Schroeder.

Schroeder argues for a harmony between the Bible and modern science. He is the author of Genesis and the Big Bang, The Science of God: The Convergence of Scientific and Biblical Wisdom, The Hidden Face of God and God According to God: A Physicist Proves We’ve Been Wrong About God All Along.

Schroeder attended the Massachusetts Institute of Technology, where he obtained his PhD in 1965 in nuclear physics and earth science. He then spent five years working on the staff of the physics department at MIT before moving to Israel. There he was employed as a researcher at the Weizmann Institute of Science, the Volcani Research Institute and the Hebrew University of Jerusalem. Currently, he teaches at the Aish HaTorah (“Fire of the Torah”) College of Jewish Studies in Jerusalem.

In his lecture entitled, “The Bible and Modern Science: Reading the Book of Genesis Today,” Schroeder focused on reconciling what he referred to as “two vastly different views of one reality,” that is, the Bible and science.

“I thought it was a dazzling performance – his command of scripture, the commentaries and modern science, this coupled with his ability to make all of this more or less accessible in a thoroughly engaging style,” Director of the Politics, Philosophy and Economics Institute Stanley Brubaker said.

Throughout his work, Schroeder only uses two types of sources: ancient biblical commentary and modern science. He abstains from using modern biblical commentary because, as he says, the authors of those commentaries had prior knowledge of modern science before writing, which skewed their view. In contrast to these critics, Schroeder accepts both the Bible and science in their entirety, but seeks to prove that they can coexist.

“There are many levels of meaning in the words of the Hebrew Bible,” Schroeder said, mentioning the importance in grasping the deeper meaning of the Bible’s text, “you need to look below the surface to get the real meaning.”

Schroeder made several startling proofs in his attempt to demonstrate a relationship between science and God. He points out that there exists substantial evidence that God and nature are not two opposing forces, but one in the same.

One example he gave is that carbon is necessary for life, and due to its composition, it is highly unlikely that it would be formed. Miraculously, he says, it is one of the Earth’s most abundant elements.

Furthermore, in Genesis, God creates Adam out of the earth, working with nature.

But most astonishing was Schroeder’s calculation using Einstein’s theory of relativity. Relativity theory states that time passes slower where there is greater gravitational pressure. Since the beginning, the universe has constantly spread out, and when the universe was first created, it was far smaller than the universe we live in today. Schroeder calculates that 15 billion years in today’s time (an approximate age of the universe according modern scientists) would be equal to six days under the conditions of confinement at the universe’s beginning. Six days is the amount of time God took to create the Earth, according to the Bible, and Schroeder says that this is no coincidence.