Hollywood on the Hill: The Comeback of the Romantic Comedy 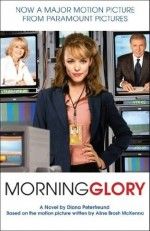 The art of the romantic comedy has been lost in Hollywood. Meg Ryan, I miss you. It seems like every six months we get another bad Katherine Heigl film that makes $11 million its opening weekend and is corny and not funny. And if Katherine Heigl isn’t the star of the film, then there will be an ensemble cast of 20 stars (Valentine’s Day, He’s Just not That Into You) that is equally bad.

This summer, Hollywood’s two most valiant attempts at the romantic comedy were Date Night and Knight and Day. Date Night had two hysterical stars (Tina Fey and Steve Carell), but had a diluted plot that made us feel more de­pressed about marriage than it made us laugh. The movie was projected to make over $150 mil­lion and it made $98 million. Knight and Day was a poor man’s Romancing the Stone, which underachieved by more than $100 million at the box office.

Last year the “best” and most successful two romantic comedies were The Proposal and It’s Complicated. While both did well at the box office, neither were classics and both received poor reviews from the critics. The Proposal was unoriginal and banal. It was only made watch­able by Sandra Bullock. It’s Complicated had a cast of Meryl Streep (the actress of her genera­tion), Alec Baldwin and Steve Martin and was still an average B movie. The best romantic comedy of 2008 was Marley and Me, which was a great film, but doesn’t count because it’s about a dog. Forgetting Sarah Marshall was an epic, but I don’t count any movie with Russell Brand as a true romantic comedy.

The past couple of years, we have not seen anything as good as When Harry Met Sally, Say Anything, The Wedding Singer, As Good as it Gets or Sleepless in Seattle. We are missing an actress like Julia Roberts who can produce a great ro­mantic comedy once every two years. In three years, Roberts starred in my sister’s three favor­ite movies: My Best Friend’s Wedding, Notting Hill and Runaway Bride. So while I may be de­pressing every girl reading this right now, don’t worry, there is hope. Here are three romantic comedies coming out in the next two months that all have potential:

Love and Other Drugs – Starring two of America’s favorite brunettes, Anne Hathaway and Jake Gyllenhall, Edward Zwick’s film tells the story of two free spirits who can’t help but fall in love. Reports on the film indicate that the two have great charisma. My guess is a B film that makes around $80 million.

Morning Glory – The latest from director Roger Michell (Notting Hill) stars Rachel Mc­Adams as a television morning show producer who has to handle the personalities of the show’s two arrogant stars (Harrison Ford and Diane Ke­aton). On the side, McAdams falls in love with Patrick Wilson (Watchmen). Look for this to be a B+ film that pulls in around $110 million.

How Do You Know – Written and directed by James Brooks (As Good As It Gets) and starring Owen Wilson, Reese Witherspoon, Paul Rudd and Jack Nicholson. This film is going to do fantastically at the box office, is generating early Oscar buzz and shows all the signs of being the next romantic comedy classic. Reese Wither­spoon’s character must decide between two men: Wilson’s character, who is the star of the Wash­ington Nationals baseball team, and Rudd, who is a washed-up Wall Street executive who may be indicted. Look for this to be a solid A-film with around $220 million in box office receipts, thus bringing the romantic comedy back.