Potential Suspect Found in the Wake of Racist Incident 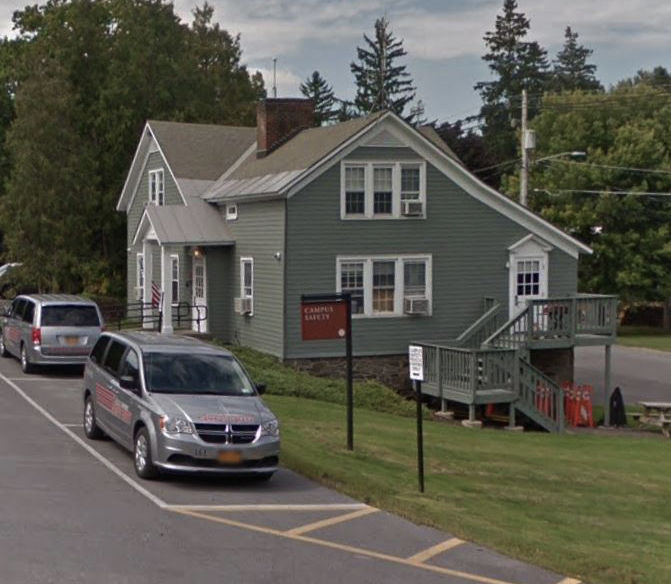 Two weeks after a racist message was written on a whiteboard in Russell House, Vice President and Dean of the College Paul McLoughlin updated the Colgate community via email on the investigation being run by Campus Safety. According to the email, which went out on Tuesday, November 12, “Campus Safety reports that their initial investigation has yielded credible information identifying a potentially responsible individual.” The student “is not permitted on campus” until the University formally judges the incident.

McLoughlin said in the email that the responsible student will proceed under the Equity Grievance Process (EGP), which, according to the University website, “sets forth behavioral expectations,” for students, faculty and staff, as well as non-community members such as guests. The website says the EGP applies to behavior on Colgate’s property and campus as well as Colgate sponsored events. The EGP prohibits discrimination, harassment, sexual assault, sexual exploitation, domestic violence, dating violence and stalking.

According to McLoughlin, a finding of responsibility, “can result in a range of sanctions, including suspension or expulsion.” He explained that due to The Family Educational Rights and Privacy Act of 1974 (FERPA), specifics or names are kept confidential. According to the University website, FERPA assigns students five specific rights over their educational records. These rights include the right to review their records within 45 days if requested, the right to administrative disclosure of a time and place to review, the right to request a change in a report, the right to have a hearing if said request is denied and the right to consent to disclosure of personal identifying information.

“I am very pleased that we were able to gather credible evidence that identified a suspect. We are very fortunate to have such a high level of professional expertise in the department,” Gough said. “Brogan brings 31 years of law-enforcement experience to Colgate, including 16 years as a detective in the Onondaga County Sheriff’s Department Criminal Investigation Division. Brogan has been recognized both nationally and within New York state for her outstanding investigatory work.”

Gough said because Campus Safety is conducting follow-up investigative work, he is unable to comment on how they were able to identify the suspect.

Dean of Administrative Advising and Student Conduct Kim Taylor was also unable to comment as the investigation is ongoing.

The student targeted by the incident, sophomore Kyla Waring, said her suite members received the investigation update at the same time via Dean Mcloughlin’s email. On Wednesday, November 13, the day following the email, the suite members had a meeting and were given more information.

“FERPA allows the disclosure of information to us specifically because of health and safety. We have been given the name but will not be releasing it, the investigation is not yet closed and there still needs to be an EGP hearing so we won’t be commenting on that,” Waring said.

Waring said that the suite members were shocked by the news, as there are no cameras in Russell House, but felt a sense of relief at the news.

“It was a bit unnerving when we were unaware, knowing that there was a person out there who knew who we were and that we’d gotten them in trouble, but we had no idea who it was… There definitely is relief and some of a restored feeling of safety,” Waring said. “It’s still hard because it’s not like Colgate is a difficult place to access, but they have taken measures to make the Bryan Complex more secure and the perpetrator no longer has any gate card access on campus.”