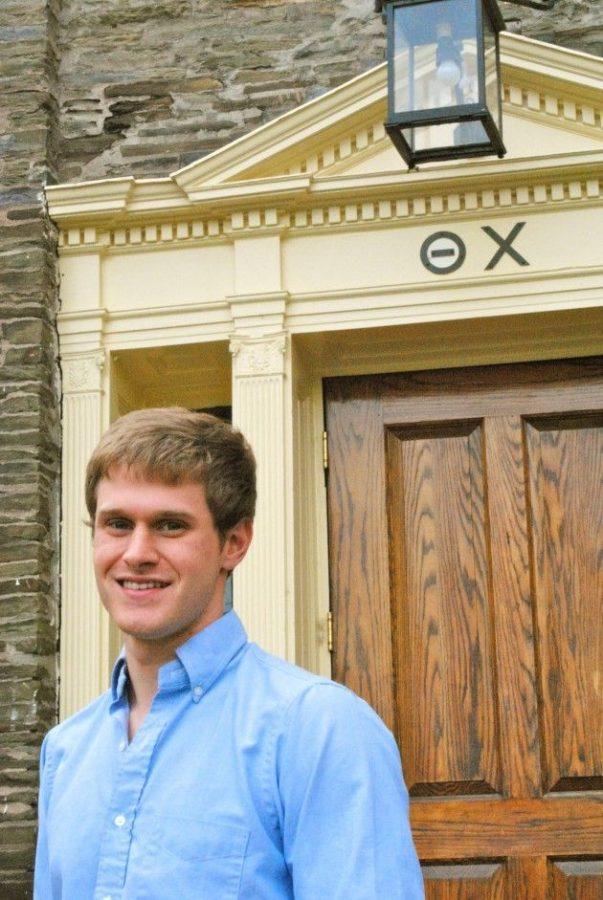 Junior Peter Kropp, current president of Theta Chi frater­nity, shares the same view of his fellow Theta Chi members as most fraternity participants: they are not just friends; they are brothers.

Kropp, a native of Tennessee, is active in Outdoor Educa­tion and Beta Beta Beta as well as Theta Chi. He explained that he chose to join Theta Chi because he discovered it was an organization in which he could excel, and because it includes people who have similar ideas and values.

“I am proud to be affiliated with all of the other members,” Kropp said.

It was the members of Theta Chi that caused Kropp to choose this particular fraternity. He also values Colgate Greek Life because it “provides a structure for people to build closer relationships.”

For community involvement, Theta Chi sponsors Row for Hope, a poker tournament with Brothers, children’s movies at the Hamilton Theater, the Community Bikes pro­gram and other philanthropic initiatives. Kropp mentioned that Theta Chi, along with Partners in Health, CHOP and DIRT, has also contributed in raising funds for relief in Haiti. Theta Chi contributes to the Colgate community through these events and coordinates with other Colgate groups. While Kropp be­lieves that Colgate Greek life offers a lot for the school and community, he thinks there is room for further communication and partnership.

“We could all benefit from more inter-fraternity cooperation and initiatives,” Kropp said.

As to non-Greek students’ views of fraternities, Kropp be­lieves that he and his fraternity brothers are simply members of another student organization, not any different from other student groups.

Greek organizations each year select their new members; they are, as Kropp says, “self-selective societies.” Kropp sees the advantage of this selection process as allowing fraterni­ties and sororities to choose members who seem to be a good fit for a particular organization.

“[We are able to] seek those people who we feel uphold the values and standards of each respective house,” Kropp said, when discussing the recruitment process.

He does, however, acknowledge that unfortunately, the houses are limited in how many members they can choose and the students are limited by the small number of Greek houses at Colgate.

Kropp mentioned numerous benefits that Greek Life brings to Colgate, but he admitted that the system, while fair, could still be improved.