Yankees in Turmoil After Dissapointing Year 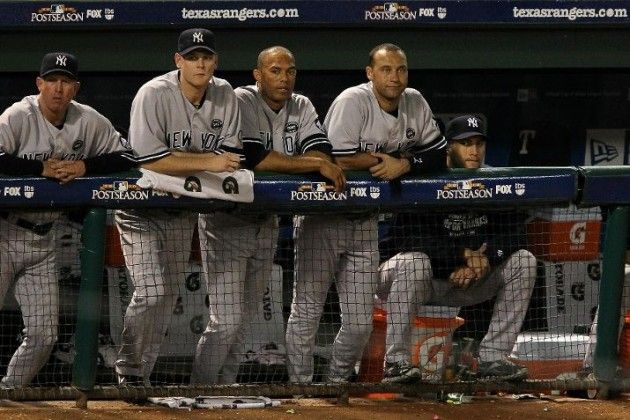 If you followed the Yankees in the latter half of the twentieth century, you know why the team earned the title, “The Bronx Zoo.” From fights between Billy Martin and Reggie Jackson, to rou­tine managerial firings, to passenger seat managing from George Steinbrenner, the Yankees were an absolute mess.

As 2010 comes to a close for the New York Yankees, we are beginning to see a new mess emerge. Ambiguous mixed feelings are being bounced around, and it seems as though everything could go wrong for the Yankees in the upcoming offseason. Sure, they will win, but it may come at a very damaging cost.

Luckily for the Yankees, there is no clear resemblance to what went on in the ’70s and ’80s. There is no fight within the front office or between the players. How­ever, while there may be no fighting going on, there may be a sense of betrayal.

It all starts with Derek Jeter. While we know he is going to be back, there are no clear answers to what exactly his contract will say. Many will argue that the old “blank check” analogy may come into play here, but that is anything but true. The Yankees are not happy with the result of 2010 and will likely go after Cliff Lee as a result. They are not going to waste money on Jeter, especially if they feel he isn’t as valuable as he used to be. He will obviously expect a pay cut, but it may be a cut he wasn’t expecting – and if there is something that can make Jeter’s image turn ugly, it’s money.

Then we move to the Yankees’ pitch­ing coach, Dave Eiland. Brian Cashman announced today that Eiland would not be returning in 2011. He mentioned that the reason was “private” but also hinted that it was influenced by a lack of pro­duction from the Yankees’ pitching staff during the postseason. Again, we are unclear what the feelings are within the clubhouse. The words we are hearing are ambiguous, and that is never a good sign. Eiland will be gone, so his feelings won’t matter, but I can’t imagine that this won’t stir up some harsh feelings within the Yankees’ clubhouse.

A.J. Burnett is next. As he cleared out his locker, he declined to comment to report­ers on Sunday. Suddenly, we are beginning to hear about possible trade rumors regard­ing Burnett. If the Yankees fail to address those rumors, it will have lasting emotional effects on Burnett. With multiple years left on his contract, the last thing the Yankees need is a fight between him and the Yankees’ front office.

Trade rumors have also begun to sur­face for Joba Chamberlain. Word is that the Arizona Diamondbacks may have some interest in the right-handed relief pitcher. Again, trade rumors will not have positive effects on any player, espe­cially one that is so young – not to men­tion the damage the Yankees have done handling him already.

Nobody doubts that the Yankees are going to win. No matter what situation they are in, the Yankees are always going to be equipped to bring in the best talent. However, that doesn’t mean things will go as smoothly as they have in the past. Winning does not wash away harsh feel­ings and anger. For the Yankees, they stare that right in the face. Now is their last chance to avoid it.