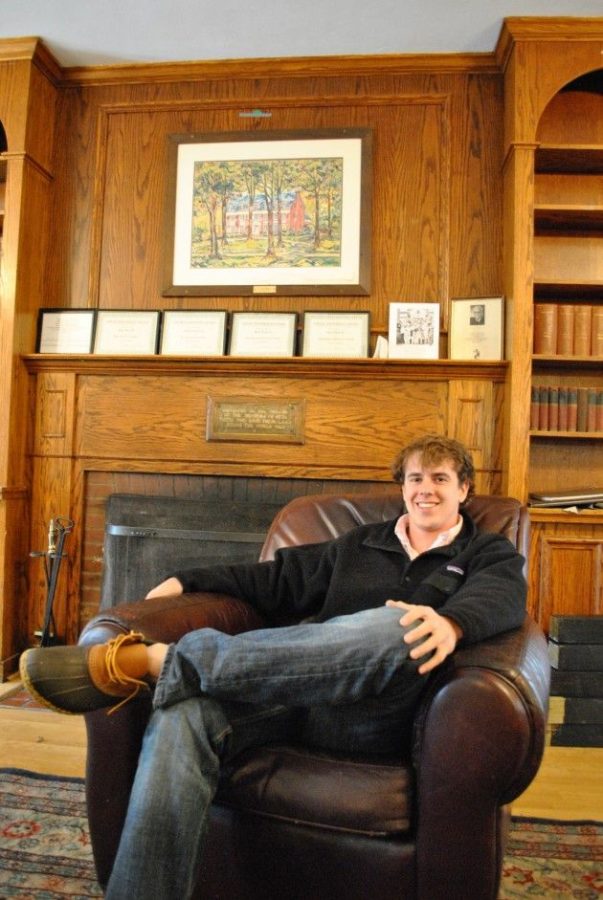 Going Greek was a no-brainer for Beta Theta Pi (Beta) President senior Gavin Cadwallader. Cadwallader, who is a history major and Spanish minor, is one of many in his family to be a part of Greek Life.

“Growing up I would hear both my parents and their friends talk about how much they enjoyed their collegiate Greek experiences, so when I got on campus I decided to check it out and realized it was a great way to make a close group of friends and be exposed to leadership positions on campus,” Cadwallader said.

Greek Life provides a great so­cial outlet on campus, one of its many advantages, according to Cadwallader. Beta, in particular, hosts Beta Beach, a fall concert featuring such acts as the Ying Yang Twins, Wiz Khalifa and Chiddy Bang. They also host a variety of other events, including a smaller concert during Spring Party Weekend.

Beta participates in many phil­anthropic events, including a silent auction during Family Weekend, whose profits Beta donates to a local summer camp. They also work with Sigma Chi to put on the Huntsman Cup hockey tournament.

Being President of Beta is no easy task, however.

“I basically am the contact point for Colgate, alumni and our Nationals. I try to reconcile all three of these organizations’ views on how our chapter should be run. I work with each group to make sure our chapter is uphold­ing the ideals of these groups and keeping up a strong reputation on the Colgate campus,” Cadwallader said.

But despite the hard work, being involved provides more than a great social outlet. Cadwallader stresses the importance of the strong friendships and connections made through the alumni network as a reason to become involved.

In addition to his involvement in Greek life, Cadwallader hosts a WRCU sports talk show with his friend Jeremy Cohen. He is also the recruitment chair for the Inter-Fraternity Council (IFC) and plays on a variety of intramural sports teams.

Some of his best memories at Colgate have been the fall tailgates and meeting his first-year roommates. It’s important to enjoy the small things, according to Cadwallader.

“Remember not to take yourself too seriously or get too stressed out about the little things, it’s college and it’s supposed to be a learning experience both in and out of the classroom,” Cadwallader said. “Enjoy Colgate because four years goes a lot more quickly than you think. It’s often easy to enjoy the social aspects, but also make sure to enjoy the classes as they are almost all interesting and taught by incredibly intelligent and dedicated individuals.”