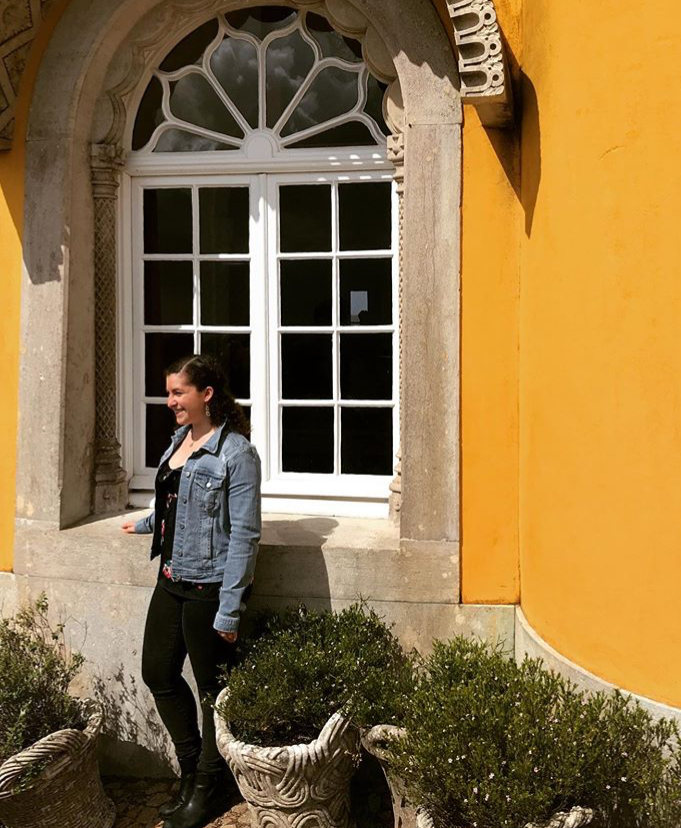 Flash back to 2008 — a ten-year-old Julia Segal has just been cast as Annie in her school’s staging of the classic musical, Annie. She puts her costume on, adjusts her wig and takes the stage for her first leading role. This is the experience Segal marks as the largest influence on her decision to pursue the performing arts as a lifetime career.

Growing up in Chelmsford, MA, Segal’s parents immersed her and her younger siblings in the theater, often bringing them to professional performances. For the days and weeks that followed, Segal would assume the role of lead composer and director, and orchestrate shows to perform alongside her brother and sister. They’d stage their shows for their family, friends and neighbors.

This command on creative composition, although beginning at a young age, did not fade. Now, as a senior, Segal’s dreams have not deviated from those of her childhood self. In May, she will graduate with a dual degree in psychology and theater. Her internship at the Glimmerglass Festival, performances at the Jazz at Noon series in downtown Hamilton and her job as Vocal Music Director for Hamilton Central’s high school musical have further prepared her to pursue a career in the theater beyond Colgate. After graduation, she plans to move to NYC and audition for Broadway shows. While she hopes to once again assume center stage, she is also interested in exploring the possibility of composition, either musically or literary, as well as directing and teaching.

Until then, however, she intends to spend her final months at Colgate as the Public Relations Assistant for the Theater Department, a leader of the Center for Outreach, Volunteerism and Education (COVE) Rotaract and the Music Director of the Colgate Resolutions.

“[It is an amazing opportunity to] make incredible music with a group of [her] best friends.” Segal says about the Colgate Resolutions. “Having the music I imagine in my head that I transcribe to a score that is then produced by the incredible voices we have in the group has been really rewarding and what I think has sparked my interest in further exploring composition in the future.”

Her favorite part of being a member of the Resolutions, however, is the time she gets to spend on a two-week tour throughout the northeast in January, alongside her a cappella teammates. Together, they have travelled to Boston, New York City, Connecticut, Westchester, Long Island, Washington D.C. and Philadelphia, performing in each city along the way.

“I love getting to perform in so many different types of venues and having reactions from different audiences every night [and being able to] spend so much time together,” Segal said.

Be sure to catch Segal as Vocal Music Director of Hamilton Central High School’s production of Dirty Rotten Scoundrels on March 6 and 7, 2020!