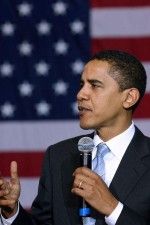 If President Obama wants to create jobs and allow our fragile economy to return to prosperity then he should learn from history and not raise taxes or keep spending money we do not have. Al­lowing the Bush tax cuts to expire for those making $250,000 or more is one of the more damaging moves he could make. Higher taxes on this group, along with other tax increases such as capital gains tax and the estate tax, will stifle job creation and hope of a sustained economic recovery.

The top two marginal tax rates would rise from 33 and 35 percent to 36 and 39.5 percent, respectively. Although it may appear that increasing taxes would be followed by an increase in rev­enue, history proves that is not the case.

There are numerous examples throughout the last century that show the beneficial influence of tax cuts. Calvin Coolidge dropped the top income tax rate from 77 percent, which was set in 1918, all the way down to 25 percent by 1925. As a result, total tax revenues rose from 719 million dollars in 1921 to 1.164 billion dollars in 1928 and the economy prospered. These same positive results from tax cuts have been experienced under the Kennedy, Reagan and Bush administrations.

Negative effects from tax increases have been seen as well. Clinton’s tax increases in 1993 sup­pressed economic growth. However, he did reduce the capital gains tax to 20 percent from 28 per­cent, which helped the economy prosper in the 90s. In 1936, FDR increased taxes at the expense of the economy. His attempt to finance his excessive programs caused the economy to take another downturn in 1927.

A tax increase on the high earners, some of whom report their business income on their personal tax return, will result in less capital available to invest in new or existing companies. The statement, proposed by Ms. Pelosi, that only three percent of small businesses would be hurt by the expiring tax cuts is extremely misleading. The IRS data used to determine this three percent counts any in­dividual with business income reported as a small business. If you sell a product on eBay and report it as your income, you are now a small business. The true numbers are clear. According to the same IRS data, 48 percent of the income of sole proprietorships, partnerships and S corporations reported on tax returns went to individuals with incomes above $200,000 in 2007. This means that the tax on small business income is being raised since it is taxed as household income. In reality we will lose real jobs which will further shake confidence in the economy.

Businesses are now not only uncertain about the tax rates, but also the impact of Obamacare on their business, along with the economy in general. Uncertainty leads to businesses holding onto their cash, not investing and hesitating to hire new employees. All of these things hurt the economy. There needs to be less uncertainty. Maintaining the Bush tax cuts for all, while a small step, is a step in the right direction. An increase in confidence will help businesses expand and result in an upswing in the economy. If Obama really believes that small business is the engine of our economy then he should do more to support it. The anticipation of tax increases has perhaps shifted income and production that would have occurred in 2011 into 2010. I believe, as does notable economist Arthur Laffer, that this shift could be one reason why the economy in 2010 has appeared to be in a state of recovery. When January 1 rolls around, it is possible that the economy will veer off the path of recovery and potentially enter into a double dip recession. Whether this will happen remains to be seen, but in the meantime, it contributes to the uncertainty that exists.

Allowing the tax cuts to expire will not aid in reducing the deficit, as many supporters may believe. The Obama and previous Bush Administration have proven that they will spend regardless of the long-term damage it inflicts. Spending by a government that does not abide by its Constitu­tional limits and spends uncontrollably is the reason we face a large deficit and debt burden. This spending needs to be tamed. The effects of this can be beneficial if combined with tax cuts. Presi­dent Coolidge, with advice from Andrew Mellon, cut spending by 50 percent and top tax rates by 45 percent, lifting the economy out of a depression in the early twenties and moving the U.S. into the Roaring Twenties. Everyone would feel the impact of spending cuts and they would be painful, but they are necessary for the United States to return to prosperity. Imagine the pain if we keep spending beyond our means. We have to change course. Congress and the President should look to the policies of Coolidge for inspiration rather than failed examples of their plan.