Drawing the Line of Consent 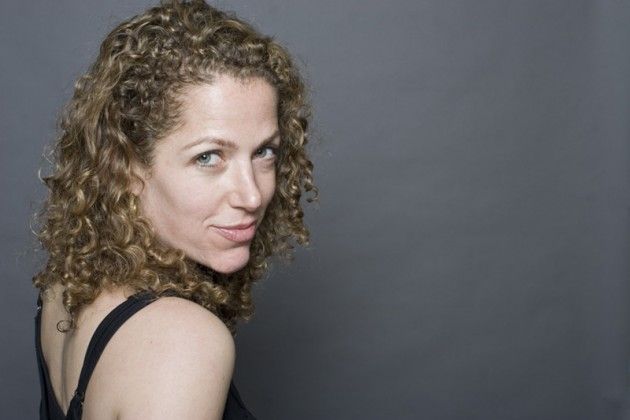 “Sex Week” is intended to pro­vide students with information on important issues related to sex. Film­maker Nancy Schwartzman’s visit to campus on October 21 was no ex­ception. Head of Counseling Servic­es Mark Thompson, Head of Well­ness Initiative Debbie Bourdon and senior Liz Grover invited Schwartz­man to campus to speak about her recently completed documentary The Line. An audience of mostly female students gathered in Love Auditorium to watch the 25-minute documentary in which Schwartz­man intended to expose the dangers of sexual assault and the rape culture she thinks has been tolerated in our society by detailing the aftermath of her one-night-stand gone wrong.

In the film, Schwartzman, a film­maker and activist, draws upon her personal experience with rape to pose the ultimate question, “Where is the line defined in consent?” The docu­mentary, which took five years to make and was released in July 2009, details all of the actions that led up to her rape and the resulting emotional and legal confusion after the incident.

Schwartzman grew up in a Phil­adelphia suburb in the late 1980s. Unlike her parents, “I didn’t learn the basic building blocks of sexual health when I was young,” Schwartzman said.

When she was 18, she moved to New York City to attend Columbia University where she got involved in “drugs, sex, and booty calls.” These temptations, as well as an affair with one of her professors, resulted in her life spiraling out of control as she got fired from her “dream job in film.” It was not until she moved to Jerusa­lem that she saw the different type of sexual cultures that existed abroad.

Since women must cover them­selves, “sexuality radiates out of women’s hair and eyes. The body is sacred,” Schwartzman said.

This new perception of a wom­an’s sexuality was eye-opening for Schwartzman as she observed that promiscuity was replaced by subtle­ty. She found a boyfriend in Jerusa­lem and finally felt like she did not have to participate in the pervasive sex culture that she felt existed in the United States.

However, soon after breaking up with her boyfriend, she was lonely and decided to go home one night with one of her colleagues who gave her the attention she craved. Schwartzman could have never predicted that this night would result in sexual assault and, ultimately, leave a permanent mark on the rest of her life.

Her deep emotional discomfort led her to quit her job and return to New York City. She had hoped that her friends would realize the severity of her situation and help her handle the matter not only emotionally, but also legally.

“So many people [at home] told me [the rape] wasn’t that bad. It was very confusing. It made me think, ‘What if I remembered it wrong?'” she said.

After consulting lawyers, Don McPherson, a former professional football player-turned-educator and activist, and her friend, Netanya, who was raped by a stranger on the streets, Schwartzman finally found the strength and courage to sit down with the man who had caused her such harm. It was very hard for Schwartzman to present a winnable legal case because of the many com­plications of her particular situation, including the consumption of alco­hol. Despite this, however, it was clear to Schwartzman that she had been sexually violated.

“Nancy is brutally honest in her tell-all documentary about her own rape, in which she isn’t the ‘perfect victim.’ Although she had been drinking that night and chose to go home with a man she could not have known would be the perpetrator, her line was still crossed,” Grover said.

Ultimately, in documenting her own personal experience, Schwartzman wanted to teach people that the line between con­sent and sexual assault can often­times be blurred, but there is no reason for anyone to feel violated or uncomfortable.

In Schwartzman’s view, the rape culture is prevalent everywhere, yet it is most common at college cam­puses. Grover hopes Schwartzman’s film will help students at Colgate and elsewhere realize they have the capability to set their own personal boundaries and limits.

“It is up to you to have that line and you shouldn’t feel pressure or be coerced in any way to cross it,” Grover said.

Schwartzman handed out stickers to the audience and asked people to write down at what point they would draw their own line in sexual encounters. In do­ing this, she hoped that students could protect themselves by identifying and keeping in mind an exact point that they would not allow their partners to cross.

In an effort to further educate college students, in February 2011, The Line Campaign and Nancy Schwartzman will release their newest program, “Hot Safe Spring Break.” This nationwide program will target fraternities and sororities to help ensure safer spring break trips. Schwartzman hopes both “Hot Safe Spring Break” and The Line will reduce the instances of sexual assault on college campuses in the near future.