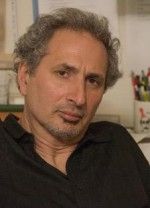 Donald M. and Constance H. Rebar Professor in Humanities and Professor of English and Director of Creative Writing Peter Balakian recently published Ziggurat, a book of poetry dealing with a number of topics from Balakian’s life including the September 11 terrorist attacks. Ziggurat was published by the University of Chicago press on the ninth anniversary of the Sep­tember 11 attacks, and is available at the Colgate University Bookstore.

After the September 11 attacks, Balakian became preoccupied with the idea of the towers and their absence. Balakian had been a mail-runner in Lower Manhattan and was delivering mail when the first 49 floors of the World Trade Towers opened in 1970.

“After 9/11 I got interested in the ab­sence of the World Trade Towers and the Big Hole in Manhattan that was left from the attacks. I was haunted by what their beauty was and by their absence.”

Balakian began work on his new book in 2003. His engagement with 9/11 culmi­nates in a 43-section poem titled “A-Train/Ziggurat/Elegy” and a shorter series called “The World Trade Center/Mail Runner” po­ems. The sequential poem was a departure from his previous works.

“In ‘A-Train/Ziggurat/Elegy’ I tried to explore the life of a character in a poem that deals with Manhattan from the late ’60s through 2006, in which among other things, the building and description of the World Trade Towers are central images,” Balakian said. “I think one of the challeng­es in this new book is working with this new form of a sequential poem; 43 sections that work in a fragmental and lyrical way.”

The book also engages with a variety of other scenes and concepts important to Bal­akian, including Andy Warhol, Emily Dick­inson and the ruins of the Bosnian National Library (destroyed during the Bosnian War of 1992-1995).

“I have continued to be engaged with the aftermath of historical violence (genocides, terrorist attacks),” Balakian said. “Among oth­er things, these are the zones that matter to my writing both as a poet and prose writer.”

The title “Ziggurat” unifies many of these ideas and provides a way of thinking about them, as the poems contain many allusions to the ancient Sumerian civilization and its great temples, called Ziggurats.

“[The Ziggurat at Ur, in southern Iraq today], is often called the first great sky­scraper in Middle Eastern and Western his­tory; it was built by the Sumerians around five thousand years ago,” Balakian said. “It means ‘great building’ in Aramaic. I found it a rich trope for thinking about great monu­ments of architecture and great monuments of civilization. It became a trope for think­ing, in certain oblique ways, about the loss and recovery of human achievements.”

Ziggurat was praised highly by critics, who applauded both its poetic construction and synthesis of historical and personal ap­proaches to the poems. Essayist and literary critic Sven Birkerts commended Balakian’s form and effect.

“Peter Balakian’s new book Ziggurat ingests calamity and dissolves it into an exhilarating rhythm and image, pushing the language until it feels like it’s breaking into something new,” Birkerts said. “It is a panorama of contemporary witness, but a syncopation of the same. Balakian renders scenes and at the same time enacts the sensi­bility being breached and affected – 9/11 is just short-hand for our new magnitudes of violence and dissociation … the work aims to reveal the human capacity to integrate and, after hard passage, transcend.”

“Balakian … here portrays a panoramic world that throbs radiantly with history, poli­tics, art, myth, and music, even as it conveys the contours of day-to-day life,” Akoriji said in his review. “Throughout, he uses concrete detail and historical fact without succumbing to dogma … Balakian’s poems create a world sustained by the power of associations, in which borders get thinned out and lives that seem unconnected flow on each other. Even as he focuses on his relationship with the world, he avoids indulging in monologue, instead using reportorial diction to sketch flashes of scenes that seem as if they are taken by cameras with cracked lenses.”

Balakian has been a prolific writer since he first began teaching at Colgate Univer­sity in 1980. His previous works include the award-winning memoir: Black Dog of Fate (1997), the New York Times Bestsell­ing historical work: The Burning Tigris: The Armenian Genocide and America’s Response and the critically acclaimed book of poems: June-Tree: New and Selected Poems.

Balakian is currently working on a new book of poems and a book of essays.