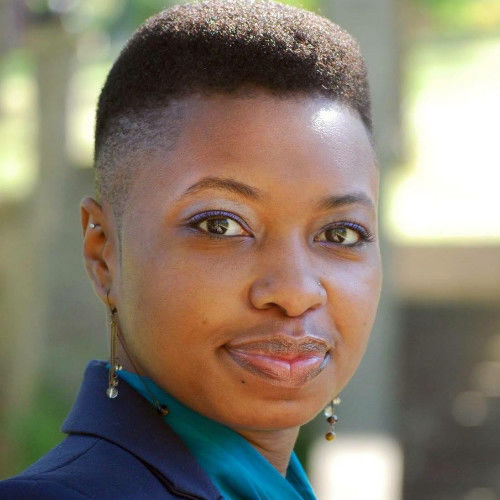 The Division of Social Sciences hosted Visiting Professor of Black Studies Dr. Dominique C. Hill ’05 for the Brown Bag “Traversing Spaces of Carcerality: Black Girl Pedagogies and Other Experiments in Critical Fabulation” on Thursday, November 7 as a part of their Luncheon Seminar Series. Hill’s Brown Bag focused on the different ways in which black girls move through carceral spaces by analyzing examples of such movement within a mode of thinking called “Black Girl Pedagogies.”

Hill began with an analysis of the American legal system as a space of carcerality—a space where “the body becomes a cell,” as stated by Hill on Oct 22 during her Women’s Studies (WMST) Brown Bag—by presenting the audience with a court document. The document detailed the status of Ebony, a black girl who was deemed a “Person in Need of Supervision”—a legal title given to individuals who have been “alleged guilty without proof,” Hill said. When presenting Ebony’s case, Hill prompted the audience to think beyond the seemingly “skeletal” court document.

Hill asked audience members to question what Ebony’s life was like before being given this title—a way of acknowledging the problematic way in which the lives and experiences of black girls are often thought to exist independently of the structures that sculpt their realities.

Hill also familiarized the audience with the story of Mya and Deanna Cook—two high school-aged sisters who were told that their hairstyles were against their school’s dress-code because they were “distracting.” By drawing attention to the ways in which blackness is often conflated with being poorly-mannered, distracting, problematic, and in need of punishment for simply existing, Hill highlighted the ways in which the American school is a carceral space for black girls.

Moving through carceral spaces as a black girl means non-stop surveillance of the body. As such, Hill asked the audience to consider the following:

“When a black girl makes a decision about her body, why must the world insist on weighing in first?” This question cued the analysis of her final context— her own art-based workshop with black girls.

When Hill asked an attendee what she wanted to use as her pseudonym, the girl chose “Christa” because it is “one of the whitest names she knows.” Dr. Hill noted initial feelings of shock when the girl uttered the name Christa, but then realized that this choice did not have to be read as a consequence of internalized racism or wanting to be white. Instead, Hill chose to read it as Christa being able to imagine a world where she could have a traditionally white name, but the name would not have to be associated with whiteness because it was hers.

“Christa was bound to but not bound by experiences with carcerality,” Hill said.

With the Colgate audience’s proximity to a primary space of carcerality for black girls—the American School—Hill’s Brown Bag proved to be immeasurably relevant. Likewise, by addressing these three contexts of Black Girl Pedagogies, Dr. Hill encouraged the audience to be more conscious of the way their bodies move through spaces that may not be carceral for all but are carceral for some.