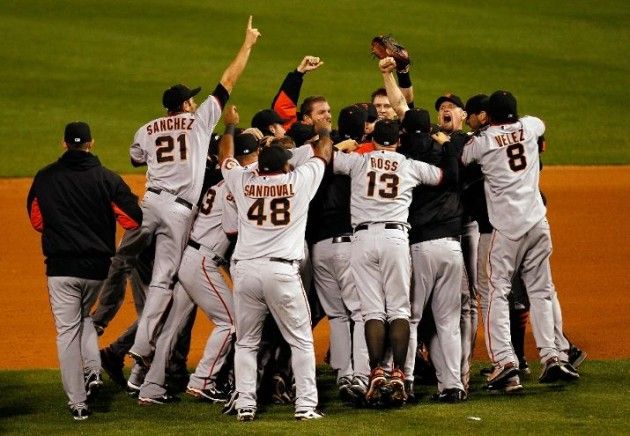 Inevitably, each year when the baseball playoffs roll around and the MLB becomes an exclusive club, there is much discussion over how it is that certain teams seem to make the cut a lot more often than others. And, every year, the discussion of money is brought up. The root question in all this controversy, the debate of whether or not a team’s payroll is the determining factor in their success as a team, is nearly impos­sible to consider without rampant bias. Acknowledging this, I won’t pretend for one minute that my analysis of the situa­tion is at all free from prejudice. But here’s my take: I have a hard time believing that all it takes to get a World Series ring is a big bank.

While the critics might say that ev­ery time the Yankees lose, they just buy a new team, it must be noted that after the 2008 season, when they failed to make the playoffs for the first time since 1993, the payroll went down from a historical high of $209,081,577 to $201,449,189. Yes, changes were made, but I’m certain the Yankees aren’t the only team to shuffle up their roster after a disappointing year (or, like, say, the Mets, during it). Further­more, despite a rise in the Yankee payroll this year, there will not be another title to validate it.

Although this debate involves infinite details and complex scenarios that impact a team’s success, such as the factors that affect top players’ choice of team and the impact of money on prospect development, I’m going to leave it at the numbers.

What does it mean for baseball if, even for just this year, the big money teams are not in the World Series? On the one hand, viewership of the games on TV will almost undoubtedly go down without one of the traditional powerhouse teams (and their hordes of quasi-devoted fans who won’t watch the title be decided among other teams). However, the ballparks in Arlington and San Francisco are sure to be packed. And, generally, post-season suc­cess can gain new fans, attention and rev­enue for a team, hiking up their net worth and maybe even freeing up a few more dollars for payroll increases in the com­ing year. Exceptions to this trend exist, in­cluding the Rays, who reported no marked increase in game attendance despite their stunning success of recent years.

In terms of competition, the MLB, espe­cially the race to qualify for and then domi­nate the post-season, is a whole lot more fun when there is actual competition (as opposed to a choreographed, checkbook-determined dance planned out for Septem­ber and October). I personally love that this is a sport where any team can find them­selves at the helm of a great season. It keeps things fresh.

This season in particular, the matchup should be a good one. With no World Series titles to date for the Rangers (in fact, this year marked their first American League Pennant) and no title for the Gi­ants since 1954, both teams will be hungry for the big win. Granted, I have a sneak­ing suspicion any of the big money teams, even with all their bank, would give just about anything to still be playing this late in October.