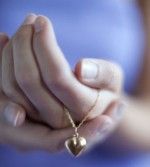 I am a terrible friend. Every day, at least someone from home Facebook messages, wall-posts, IMs or Skypes me. I was never this popular in high school. Being one of the very few people who leaves home to go to college – especially a college that no one has heard of – makes me very in demand in the world of Internet communication. Eighty percent of the time, I make small talk then I log off, stop replying or say that I’m busy but then return to procrastinating or surfing the internet.

Home is Vancouver, Canada where at the end of twelfth grade, when people asked me where I was going to college, I tried to talk my way around Colgate. “Oh it’s this school you’ve never heard of, it’s called Colgate and it’s a liberal arts college in New York, it’s 4 hours away from New York City and in the middle of nowhere,” was my typical long­winded response that would be followed by a lame attempt to explain what a liberal arts college is.

Now, however, I have the time to answer the questions, I love Colgate enough to give interesting answers and I want to stay in touch with my friends. But I never feel like doing it. I felt obligated to send Colgate postcards when I got here. Sometimes I‘m exhausted and don’t want to explain what classes I’m taking about ten times, and some­times never really have anything to ask them. Most of my friends go to either of two uni­versities in Vancouver, they all live at home and take courses like Calc 101. I realize that I sound really belittling saying that, but when ten people go through the same orientation, I run out of things to ask. But most of the time I ignore the many “how’s it goings” because I want space; I don’t want to write daily reports at the end of the day. It feels burdensome when I just want to live my life here.

The friends I carry long conversations with are the ones I talk to only about once or twice a week. I actually look forward to letters from friends and I enjoy writing to them. It’s much more enjoyable when I have time in between correspondences and what I write or say to them is actually more thoughtful rather than factual responses.

Maybe I brought the curiosity of others onto myself when I chose Colgate. But is it my responsibility to answer every question every time? I’d like to think that I try my best to not to ignore the same people.

But sometimes I also think that maybe I’ve gotten it all wrong. Maybe it’s not my responsibility to my friends, but rather my responsibility to Colgate to tell others about how I’m doing. I’m having such a good time here, shouldn’t I be spreading the word? Especially to a place where the first reac­tion to Colgate University is, “What? Like the toothpaste?”