2020 NFL Prospects to Keep an Eye On in College Football 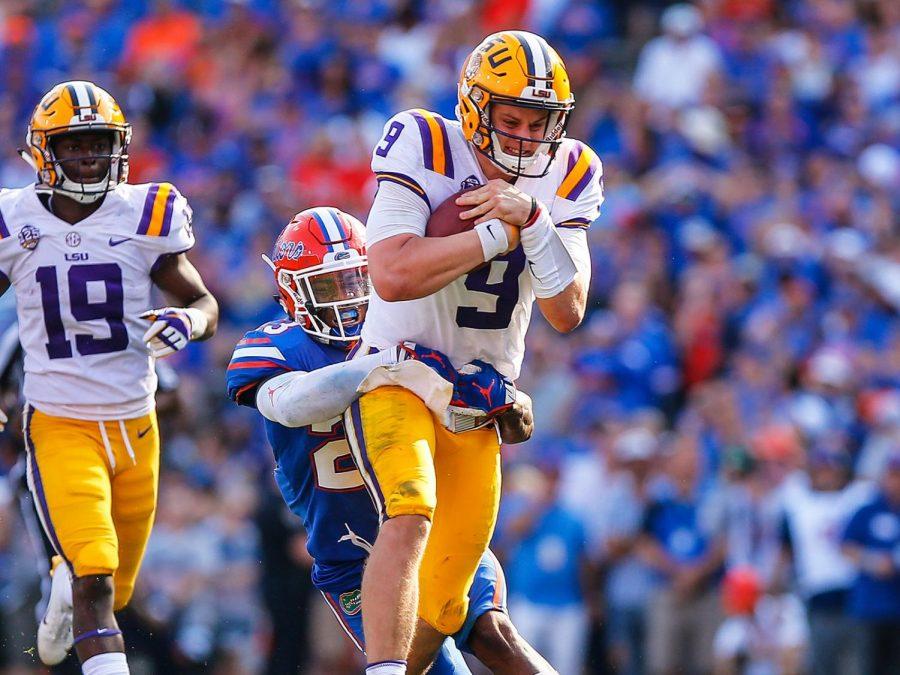 At the middle of the NFL season, most teams are in a position to make a playoff push, but some general managers are not positioned to compete this season.

Fans of teams near the bottom of the standings, like their general managers, already have their eyes set on the 2020 NFL Draft class, which is loaded with talented playmakers.

Here is a quick rundown of seven playmakers to keep an eye on for the remainder of the college football season, as the race for the College Football Playoff heats up and as your favorite NFL team continues to drop in the standings.

The overwhelming favorite to be the top pick in the 2020 Draft in the preseason has thrown for 27 touchdowns and only two interceptions this season.

An injured right ankle against Tennessee has been all that has stopped him so far this season. He is currently listed as questionable for a matchup between potentially the top two ranked teams in the first College Football Playoff rankings (LSU) against the next player on the list.

No player has seen his draft stock rise more than Burrow, who was a backup at Ohio State before transferring to LSU in 2018.

He was not viewed as a top prospect going into the season either, but this season he is second in college football in both passing yards (2805) and touchdowns (30), and is completing 78.6 percent of his passes, the best completion percentage ever recorded by Sports Reference.

If he can lead LSU to a win over Alabama, he has an inside track to the Heisman and maybe the top pick in the 2020 Draft.

Young, nicknamed “The Predator,” is the next great Ohio State University pass-rushing prospect and may just be the best.

He leads the nation with 14 sacks through eight games, plays the run well and consistently attracts double-teams from opposition due to his dominance.

With games against the Penn State Nittany Lions and the Michigan Wolverines still remaining, Young has a chance to make a strong Heisman statement, which is rare for a defensive player.

The top lineman in this draft class, featuring talents like Thomas, are always in high demand. The Texans parted with two first round picks to acquire offensive tackle Laremy Tunsil to protect Deshaun Watson. At 6’5” and 320 pounds, Thomas has the frame, length and footwork to be an elite NFL tackle, a rare commodity that would instantly improve any offense.

If you are watching Georgia, look at Thomas as he is able to move and protect Jake Fromm’s blindside.

While last year’s Biletnikoff winner for the best college receiver does not have the numbers he had last year, he shares the field with other elite receivers like Henry Ruggs.

Jeudy has the speed, quickness, hands, route-running and big-play ability to be an elite NFL receiver.

In his first season as a full-time starter, Okudah’s natural athleticism and instincts have translated into a prospect with elite man-coverage skills.

With his agility and ball skills and a 6’1” frame, he has all of the tools to be the next great shutdown cornerback in the NFL.

Simmons has had a special season, becoming the leader of a Clemson defense that lost three first round picks from last season. While he is undersized at 225 pounds, his athleticism allows him to showcase his talent.

He is an elite blitzer, can tackle in space, and can cover man-to-man. His versatility is coveted by NFL defenses, since he can always stay on the field.