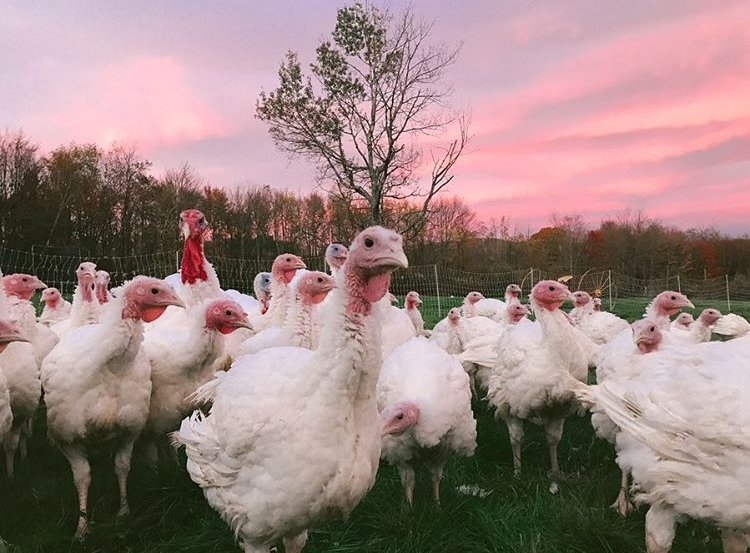 One might say that senior Taylor Jaffe has music in her blood. As a toddler, Jaffe listened to her father play the banjo and piano among other instruments before bedtime on her family’s farm. Yes, you read that correctly. She lives on a farm.

Jaffe expressed that growing up on the farm in upstate New York, although sometimes grueling, was an unforgettable and formative experience.

“As much as living on a farm can be one of the most annoying and unrelatable things of the 21st century… it’s also one of the best things ever and I wouldn’t change a single thing about how I grew up,” she said.

While a different experience from most Colgate students’ upbringings, Jaffe’s life on her family’s farm helped her grow close to her family.

“I live on a livestock farm that is owned and operated by my family, and it’s definitely this interesting life circumstance that has allowed us to get so close by essentially forcing us to spend time together,” Jaffe said.

The nature of Jaffe’s quaint life on the farm also allowed her to explore the world of music.

“I think that the combination of loving how the music sounded when my dad played it as well as the need to entertain myself for actual hours when my brother, Teddy, and I weren’t getting along was what made me stick with music lessons and pushed me past the realm of ‘kid who took piano lessons’ towards the realm of becoming a musician,” she said.

When Jaffe arrived at Colgate, she knew she wanted to try something new, which resulted in her pursuit of a concentration in political science.

“I decided to major in POSC because I knew that I would want to take music classes regardless, but that I also wanted to be sure I got to learn about something outside of my comfort zone that I was newly interested in,” she said.

Away from the classroom, Jaffe spends six hours a week immersing herself in bum’s and doo’s with the Swinging ’Gates.

“Being in the Swinging ’Gates is definitely the best decision I’ve made during my Colgate career. Not only has this group provided me with some of my best friends that I probably wouldn’t have met otherwise, but the chance to rehearse every Monday, Wednesday and Friday for 2 hours, which can at times be long and tedious, has allowed me to maintain and improve upon the vocal training I received during high school,” she said.

With her friendly, upbeat and positive energy, Jaffe has made a significant impact on the group’s dynamic as musical leader. She most recently arranged the song “Crazy” by Gnarls Barkley for the ’Gates, which they performed at their annual fall concert.

“Because of the friendships I’ve made and experiences I’ve had, the Swinging ’Gates has strengthened my love for music based on its ability to help me connect with the people I sing with and sing for,” she said.

When Jaffe isn’t singing or arranging for the ’Gates, she is assisting with the MATX.

“The goal of the MAT and the MATX is to create more of a music culture on campus, and I am mainly involved with the MATX, which does this by providing an outlet for students on campus who are wanting to perform,” she said.

Jaffe became involved with the MAT during her sophomore year and loves supporting other artists on Colgate’s campus.

“We are starting to create the culture to support these musicians as well as provide the space for them to perform,” Jaffe said.

In addition to supporting other artists, Jaffe is finding her own voice by writing and performing her own original songs.

“[Songwriting] allows me to express myself, clear my mind, and form connections with other people,” she said.

“Sometimes it’s definitely scary because I’m revealing a lot of personal information, or pouring my heart out to a room full of strangers, but I think that it’s this vulnerability that allows for meaningful and personal connections,” Jaffe said.

Once Jaffe returns home from her busy Colgate life, she loves spending time with her favorite farm animals.

“All of our animals are super cute and I love them all, but my favorite animals are the turkey because they’re so social and curious. Really easy to make friends with the turkey, and thank god because it’s not like I’ll make many others being so isolated from everything and everyone else,” she said jokingly.