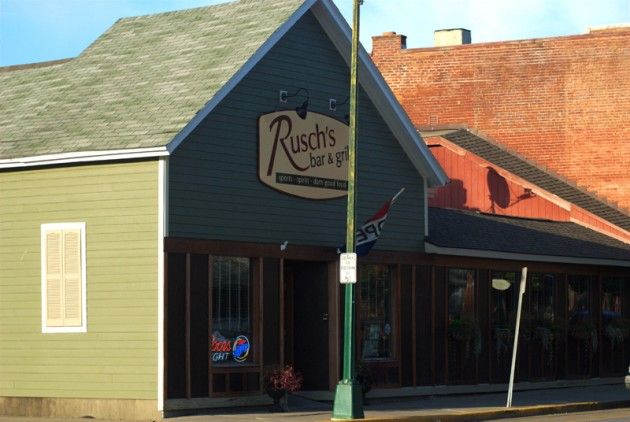 Every Friday night from around 9:00 p.m. to 1:00 a.m., Utica resident Louie Baldanza performs at Rusch’s Bar and Grill on Lebanon Street. When I went to check him out last Friday, I was greeted with a fresh, modern and inviting voice set to the soothing strum of an acoustic guitar, as well as a “hello” and smile from the performer himself.

Many of the songs Baldanza played were familiar, such as Oasis’s “Wonderwall” and “Mr. Jones” by Counting Crows. The audience was able to request songs from an extensive list that contained a variety of rock and popular music. He even had a selection by Snoop Dogg! Some of his original songs made the list as well. He performed many of them, which were for the most part characterized by a soft rock beat. Titles included “Shooting Star” and “Walls.”

Baldanza also invited the customers to sing with him, which I declined for the sake of the other people in the vicinity. However, I was able to request “Use Somebody” by the Kings of Leon. It was no surprise when Baldanza belted it out both skillfully and naturally. He had a large vocal range and a powerful voice that undoubtedly captivated the audience.

“Louie Baldanza was extremely friendly and approachable, which really added to the excitement of his performance,” said first-year student Sara Ebner.

I had the chance to speak briefly with Baldanza, during which time I learned that the upstate New York native has been singing for what he terms “forever” and playing guitar for about 13 years. His mother, a singer, was a big part of why he developed a love for music. Some of his favorite artists and musical influences include Tom Petty, Shinedown, Elton John and Rod Stewart.

The locals seemed to love Baldanza, and many go to Rusch’s on a weekly basis to see him. They rave about the great variety of songs he sings that truly appeal to people of all ages.

“I thought he was phenomenal and I will definitely be going back in the weeks to come,” said first-year student Anna Miettinen.

Overall, the performance was deemed excellent by audience members. Baldanza provided the perfect background to a relaxing evening out to dinner at Rusch’s. At the same time, he was both charming and talented enough to attract the attention of all of the customers. It is no surprise that people come back week after week to hear his selections.