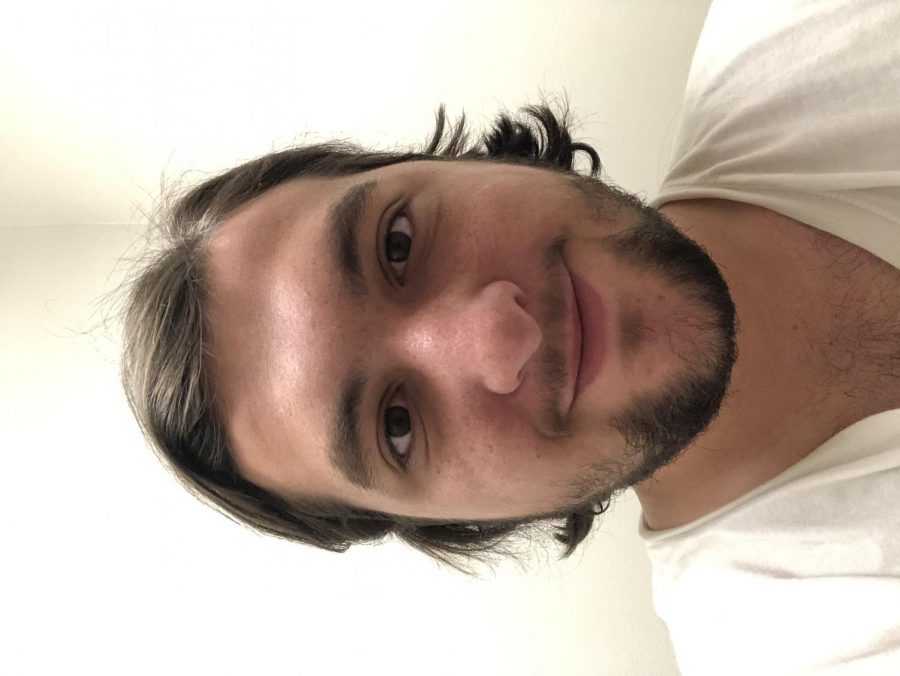 A junior at Colgate, Massimo Silvio Rolando Dante Indolini is a theater and philosophy double concentrator. Indolini’s comfortable stage presence is inspiring due to his experience with both improvisational theater and scripted acting. Indolini was a regular on the stage last year, appearing in Romeo & Juliet & Zombie last spring and The Seagull last winter. His most recent production was Dance Nation, a play that needs to be seen to be understood, where he played the role of dance teacher Pat.

Dance Nation, by Clare Barron, is a female empowered narrative, revolving around pre-teen competitive dancers. It serves as a coming-of-age story for young girls, highlighting the main events of adolescence.

“The whole point of it is to see how the girls grow up, and what they face along the way, for example, there’s a scene where Sophia gets her period on stage,” Indolini said.

The role of Dance Teacher Pat is to coach the dance team through a competition that they go on to win. However, Pat also serves an important role in highlighting the variation in societal norms from one generation to the next. Indolini describes a difficult scene for him where Dance Teacher Pat has to slap the behind of one of the girls during dance practice.

“I have to slap a girl’s [butt] and she’s supposed to be 13, which is the part that makes it really weird. My director didn’t want my character, Pat, to be seen as a creep,” he says. “It was really just supposed to show the generational differences. Back in his time, he would do that to everyone and everyone would do that to him, it was just something regular.”

As one of the two male actors in this production, Indolini explains how at first it was difficult to become totally comfortable on stage, especially with the frequent usage of the word “pussy.”

“The first few times during rehearsal I would just mouth along and wouldn’t actually say anything, but eventually I just went with it,” he said.

Indolini believes that Dance Nation was effective in providing a coming-of-age story that speaks to female ambition and drive.

Originally, Indolini was planning on auditioning for the spring production of Antigone. However, his advisor, Associate Professor of Theater and director of Dance Nation April Sweeney, suggested that he audition for Dance Nation as well. Looking back on this choice, Indolini is glad he chose to be a part of this production and that is was most definitely the right choice for him.