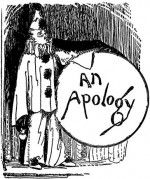 There seems to be a very specific sentiment emanating from those in my acquaintance who recently graduated college, from both Colgate and the various institutions my home friends attended. Of course there is the excitement of new apartments and jobs, expectations of grad school and the stress of figuring out how to buy groceries now that a few hundred dollars a month doesn’t just show up in the bank account courtesy of mom and dad. But above all of those feelings is something very nostalgic and a need to remind those still living the college dream just how lucky they are. This feeling seems to be best summed up by the suddenly ubiquitous clip from Billy Madison. You know the one I’m talking about: Billy goes back to visit his friends in elementary school and forcefully warns them to “Stay here as long as you can. Cherish it.” Only now instead of the difference between elementary and high school, we’re talking about the vastly more terrifying difference between our cozy bubble of Colgate and the real world. And while I would love to stay here as long as I can, I don’t think my parents would appreciate that. So I’ve decided to truly take advantage of all that I can while I’m still here. I’m overcome with the need to set goals for myself and to feverishly dispense advice to this year’s freshman class.

Many of my friends and I have already established goals for the year. They range from remembering to accentuate our lips (now that we’ve conquered the smoky eye) to mingling more on nights out on the town. But what they really come down to is leaving Colgate with no regrets. And while I’m not sure that’s entirely possible due to my charming habit of saying and doing things I normally wouldn’t on certain nights of the week (but what happens at the Jug, stays at the Jug, right?), what I really don’t want to do is look back on my time here and wish I’d done things differently. Though the goals like attending more brown bags and getting into a more regular sleeping pattern are certainly noble, there’s one that stands out from the rest and it doesn’t have much to the do with the academic side of college life.

And one of the things I most worry that I’ll regret is that I wasn’t truly myself during my time here. I think we all have a tendency to turn away from our natural self and try to act as “normal” as possible when we’re around people we don’t know. I certainly did that at the beginning of freshman year (though my fellow residents of Curtis fourth floor can attest to the fact that my normalcy didn’t last long). And though I feel that I’m pretty much the real me all the time now, I know that I tend to clam up around those I don’t know or who intimidate me. Now that I’m a big scary upperclassman myself, I’m ready to get over that.

To aid in explanation I offer the following story. Though it may seem completely irrelevant, I promise it’s not. (The name of our protagonist has been removed to protect the innocent.) Everyone has fun little quirks that come out when their BAC climbs skyward. One of my friends has a tendency to apologize for things after a few solo cups of Franzia. During the numerous liver-testing exercises that took place during preseason, she apologized for such things as spilling cups of water, texting too frequently and, of course, for apologizing so much. It was during one of these apologetic spells that my own minorly-impaired mind released the phrase “Don’t apologize for who you are.” Since that night those words have been emblazoned on a large pink dot that sits just inside our apartment and I’ve decided to adopt it as my motto for the year.

Other than college, where else can I really embrace my insane characteristics? Especially at Colgate, where everyone is full of eclectic characteristics. Though we look like a bunch of well-groomed, annoyingly perfect pod people, the majority of us are not nearly as bland toast as we might seem. That boy in the back of your class who looks way too cool for school and always comes in listening to music? Hannah Montana is blasting out of those earbuds. The girls who seem inseparable just became besties when they realized they both had deodorant on their otherwise impeccable outfits. The thing is that we’re all characters in the best sense of the world and Colgate lets us bring out the quirky.

Passing the unfamiliar faces on campus, the 850 freshmen full of opportunity, I’m occasionally overcome with the need to grab their innocent little faces not unlike the way that Billy does and tell them what everyone told me. Enjoy it! Do everything you can, join clubs and meet people. But most of all do you. I’m not going to tell you not to worry about what other people think because you’re only human and you probably will. But remember that having people who like you for who you are is one billion and a half times better than being surrounded by people who have no idea that you have a penchant for belting showtunes in the shower or that you have a Disney Pandora station.

And I know I’m verging on corny, mom-type advice, but guess what: it’s real. And I’m not apologizing for that either.