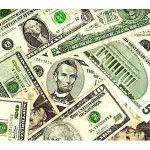 With the intention of preparing Colgate students for the challenges of the twenty-first century, the project, also known as the “Campaign for Colgate,” focuses on enriching the well-rounded liberal arts experience for which Colgate is known.

According to Vice President for Institutional Advancement and the Director of the Campaign Murray Decock, the campaign has recently crossed the $360 million mark, which will be discussed in the next campaign newsletter.

The original target-date for the final fundraising goal was, and continues to be, May 31, 2012. The campaign will likely surpass its goal by the end of this fiscal year, which concludes on May 31, 2011.

In comparison, the University’s last fundraising campaign ended in 1997 and had a goal of $130 million. The campaign raised $158 million total.

“I am so impressed with how Colgate parents contribute to projects, sports teams and activities, in addition to writing serious checks for tuition,” Decock said. “In the end it is all about people giving to people.”

Decock serves as organizer and coordinator, effectively overseeing the whole operation. He is aided by a team of supporters. Besides the generous donations from alumni and parents of students, he attributes the campaign’s success to the team working on the campaign which brought together President Herbst, key faculty, senior staff and hundreds of additional volunteers.

The campaign has outlined four main subsections of the campaign as a whole: Liberal Arts and Academic Excellence ($119 million); Financial Aid and Access ($87.5 million); Residential Education and the Campus Community ($30 million); and General Endowment and Annual Fund ($163.5 million).

In the campaign video that kicked off the monumental project, Former President Chopp explained that solutions to the problems of the twenty-first century would depend on thoughtful integration of various academic fields. She stressed the vitality of interdisciplinary study in this age of interconnectedness.

“An educated person must have the tools to understand the depth of culture,” Chopp said in the promotional video.

The capital projects all spawn new levels of interpretation, analysis and creativity. Much of what students observe around campus today is attributed to the efforts of “Passion for the Climb.”

Some of the capital projects to date include the Robert H.N. Ho Science Center, the Blackmore Media Center (located in the O’Connor Campus Center which houses the student-run radio station WCRU, previously located in Drake), Case-Geyer Library ($57.5 million dollar facility), the Center for Learning, Teaching and Research, the new Trudy Fitness Center, the Glendening Boathouse and the lights and new turf at Andy Kerr Stadium.

“What has also been important about this campaign is that we have been able to successfully attract endowment for operations of these facilities,” Decock said. “In opening these buildings, we don’t burden the existing operating budget with additional expenses.”

The effects of this project go far beyond what the eye can see. More than $90 million has been set aside for financial aid, above the estimated goal of $87.5 million.

President Herbst will soon be announcing to the trustees that financial aid will be the main focus for the remaining 21 months of the campaign. Herbst believes that aid plays a central role in enhancing the classroom experience.

As students listen to Bill Clinton speak during Family Weekend in October and utilize the new fitness center on Broad Street in the spring, they will be reaping the benefits of “Passion for the Climb.”