Setting the Stage for the AFC 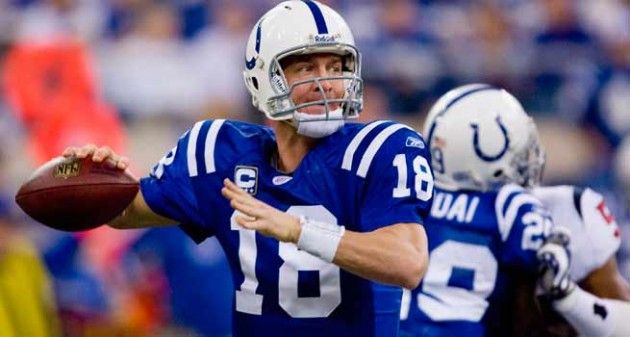 September has finally come, which means the start of the National Football League season. Here is what you need to know about the

contenders and pretenders in the AFC.

With All-Pro cornerback Darrelle Revis agreeing to terms this week, the Jets certainly have enough talent to win their first division title since 2002. They are the most balanced team across the board in the AFC East and their defense should return as one of the best units. They have also added some new offensive weapons, but the issue remains whether Mark Sanchez is ready to take the next step in decision-making. If he does, the Super Bowl is a

No team with Tom Brady and Bill Belichick should ever be counted out, but this team is far removed from its Super Bowl glory days. Their passing offense is certainly elite, but their defense is young. With weapons like Randy Moss and Wes Welker, the Patriots will have to rely on their offense to lead them into the playoffs.

Besides the Jets, the Dolphins made the biggest splash during the offseason. Unpredictable but talented wide receiver Brandon Marshall adds a new dynamic to the offense, bringing a big physical presence to their receiver corps. If quarterback Chad Henne and the defense can make significant strides, the Dolphins will make some noise in the division.

The Bills are widely expected to be one of the NFL’s worst teams, and it will not help matters that they play in a stacked division and face a brutal early schedule. A defense that ought to be improved should keep them in games just long enough for the offense to lose them.

They are an up-and-coming team and a favorite to contend for the Super Bowl. The Ravens have won an NFL-high three road playoff games in the past two postseasons and they have become a tough-minded team that is capable of playing its game. The franchise won its only Super Bowl 10 years ago and the anniversary celebration might just blend into another big party come February.

Many are writing them off because of Ben Roethlisberger’s suspension, but it was just reduced to four games and he is motivated to prove his critics wrong. Do not forget, he is a two-time Super Bowl champion. Troy Polamalu’s healthy return is crucial, as he is a beast on defense and will give the team a better shot at the playoffs.

They are a very talented team, but this is a tough division with two proven winners above them. They do have two top cornerbacks, Jonathan Joseph and Leon Hall. But can Carson Palmer go back to being an elite quarterback and utilize his two talented wide receivers, Chad Ochocinco and Terrell Owens.

Mike Holmgren has brought a sense of professionalism and purpose to the organization. Their passing game is still horrendous, however, and their defense is porous. Progress would be six or seven wins for Cleveland.

It’s the same story for the Colts every year; you can pencil in another 4,000 passing yards and 30 touchdowns for Peyton Manning. This is a veteran team that knows how to handle any situation. The big question: can they overcome their tough Super Bowl loss to the Saints?

Andre Johnson and Matt Schaub lead an offense that was the best in the NFL last year. Houston plays a tough schedule, however, which includes seven games against playoff teams. An improvement on last year’s 1-5 division finish could pave a path to the postseason, but that is only if they do not stumble along the way.

They have one of the more difficult schedules this year, but they have plenty of talent. Chris Johnson is the league’s most dynamic player and everyone has seen the great things he can do. But once again, everything hinges on Vince Young. Last year, their passing game was among the worst in football, but he began to show leadership in the second half of the season. If Young improves, the Titans have a chance.

With so many new pieces on defense and still so many questions about the offense, it is tough to see the Jaguars being much better than they were last year. Moreover, the schedule does not do them any favors, sticking them with the

The Chargers always ace the regular season. They have won five of the last six division titles and they are the favorites again this season. Two potential problems are the holdouts of Vincent Jackson and Marcus McNeill. The Chargers’ real test will come in the playoffs, and we will see if they can finally get that elusive Super Bowl ring.

After opening with Jacksonville and Seattle, the Broncos face a tough six weeks, starting with the Colts. That could take its toll on a team that has a lot of age on defense and question marks at wide receiver and running back, where injuries shut down their top two backs in the preseason.

Though they will not make a quantum leap, the laughing stock of the last several years will be much improved this season. New quarterback Jason Campbell will give the Raiders stability, but uncertainty at wide receiver, offensive line and on defense will undermine their quest for the

Definitely the least talented team in the division, the Chiefs are at least taking steps to improve. The additions of offensive coordinator Charlie Weis and defensive coordinator Romeo Crennel will accelerate a return to respectability, but this team is still a few years away from being a division contender.