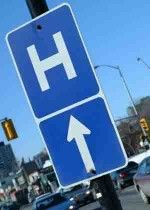 The administration is scrambling to respond to an unprecedented spike in student hospitalizations. As of September 20, 13 students have been hospitalized for drug and alcohol abuse this semester.

Although the cause of the spike is unclear, a new popular drink called Four Loko, currently under investigation by Attorney Generals offices in several states as well as the Food and Drug Administration (FDA), has been found to cause similar spikes in alcohol-related injuries among college students.

The height of the hospitalizations came in a three-hour span early in the morning on Sunday, September 5 when five students were rushed to Community Memorial Hospital.

Colgate’s administration is working with the SGA to find a solution to the problem. They have not found a common denominator as of yet. Those hospitalized span multiple class years and were admitted for a variety of drug and alcohol related conditions.

In response, the University has launched a “Do the Right Thing” campaign “designed to encourage students to contact Campus Safety when their friends need help,” according to an e-mail sent out by SGA. Sources say SGA and the University are working on a way to clearly convey the University’s alcohol policy to students.

The “Do the Right Thing” campaign, however, is not a change to the University’s drug and alcohol policy. For example, students who take their excessively inebriated friends to the hospital for care may face disciplinary action themselves. This aspect of the policy has become a matter of contention among SGA members who feel parts of the policy are counterproductive to ensuring the safety of students.

Policy changes are a major priority of the SGA and have become a hot topic at recent meetings.

“There was a strong feeling in the room that we, as an SGA, need to work on getting an amnesty, or a Good Samaritan, program in place now instead of waiting until the new alcohol and drug policy is passed, so we will be working on a resolution among other things to present to the administration” President of SGA senior Liz Brodsky said.

One SGA member articulated this sentiment during the SGA meeting by saying: “Isn’t the administration being hypocritical because they want us to do the right thing, and yet they are not doing the right thing by [not] providing amnesty to students that go to the hospital?”

Not much has changed in the drinking culture on campus. However, there has been one major addition to the social scene this year: Four Loko. One can goes down like a soft drink but hits like a brick wall. That fact has made Four Loko one of the most popular drinks on campus.

Four Loko contains caffeine, 12 percent alcohol by volume, guarana, taurine and wormwood (a major ingredient in Absinthe). The unique buzz packs a jolt of energy while intoxicating the drinker.

One 24 ounce can is the equivalent of four beers and eight cups of coffee. Once a student has become “eight loko,” or consumed two cans of the alcoholic energy drink, they are not only drunk but also energized for a night downtown.

Health officials believe the drink provides a dangerous combination of substances: caffeine which speeds up the heart and alcohol which simultaneously counteracts the caffeine and tries to slow the heart down.

A Wake Forest University study last year concluded that university students who consume alcohol mixed with caffeine are more likely to suffer from alcohol-related injuries than students who stick to alcohol alone. The dangers of the drink have led to hospitals nationwide to call the drink “liquid cocaine,” according to CBS News.

“The manufacturers are deliberately trying to get young people to drink,” Schumer said.

Schumer later sent a letter to the Federal Trade Commission to investigate Four Loko and its marketing ethics.

In 2008, both MillerCoors and Anheuser-Busch removed the caffeine from each of their alcoholic energy drinks after complaints were filed with the FDA regarding the harmful effects of the drinks on the human heart.