Colgate Perspectives on the Islamic Center Near Ground Zero 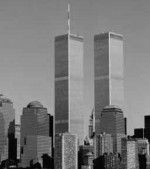 It is sometimes hard to remember that the gray stone buildings and rural campus of this university are not so far removed from our nearest metropolitan city, the sprawling mass of concrete and people that is New York City. To many on campus, however, our proximity to the city was a bit clearer this week as the Colgate community quietly recognized the anniversary of the September 11 attacks that struck the World Trade Center in lower Manhattan – and the nation – nine years ago.

Recently, controversy surrounding a proposed plan to build an Islamic Center two blocks from the site of Ground Zero has been portrayed by many as a referendum on at least a part of the legacy of the 9/11 attacks. The Maroon-News sought to engage some opinions from the Colgate community on this contentious national debate. One person who weighed in on the matter is Director of Middle Eastern and Islamic Civilization Studies (MIST) and Associate Professor of Political Science and MIST Bruce Rutherford.

“Mr. Abdul Raouf has stated two arguments for building this center,” Rutherford said. “First, to provide a community center and mosque that meets the needs of the growing Muslim population in lower Manhattan. And, by constructing them in lower Manhattan, to explicitly challenge and reject the radical conception of Islam that was used to justify the 9/11 attacks. He is very much interested in building bridges. He believes that this center is an affirmation of the moderate, tolerant and inclusive form of Islam that he practices. It is also important to note that, in a recent interview with CNN, he said that if he had known in advance that the mosque would generate such controversy, he would have built it somewhere else.”

Professor Rutherford had more information to contribute to the debate.

“The degree of controversy surrounding the mosque has put [Abdul Rauf] in a quandary,” Rutherford said. “He says that if he were to move the mosque now – in response to some very hostile rhetoric about Islam and Muslim from some very prominent figures in American life – it would be portrayed in the Islamic world as evidence that the U.S. is hostile toward Islam and that Muslims are not welcome here. Osama Bin Laden has been saying for years that America is at war with Islam, and he has used this claim as the cornerstone of his efforts to recruit fighters and persuade them to carry out attacks. Abdul Rauf fears that, if he relocates the mosque in the face of the current hostile rhetoric, it will be portrayed by Bin Laden’s supporters as evidence that Bin Laden is right and will make it easier for them and other radicals to broaden their support.”

Rutherford was also asked whether Islam is a religion that repudiates the ideology that led to the attacks on 9/11.

“Yes, I believe that is the case,” Rutherford said. “As one studies Islamic history and culture, one sees that it has a strong tradition of hospitality and inclusion. One must remember that the radical Muslims who advocate violent attacks against the West are a very tiny fraction of the world’s Muslim population. They are not insignificant – they are dangerous and must be confronted and defeated. But, they are not at all representative of the Islamic world as

Professor Rutherford then led the topic of conversation to the question of whether the mosque is disrespectful to the victims of the 9/11 attacks.

“I think you can say it is disrespectful only if you believe that Islam and all Muslims were responsible for the attacks,” Rutherford said. “However, it is very important to emphasize that this is not the case. The attacks were carried out by a very violent group of radicals who tried to use Islam to legitimate and sanctify their violence.

They were in no sense representative of Islam.  As a consequence, one should not regard the construction of a Muslim place of worship as a gesture of support for them.”

Politically active senior Max Weiss also had a view on the issue.

“Yeah, I’m a New Yorker,” Weiss said, having just returned from a trip back home to Manhattan over the weekend to observe Rosh Hashanah with his family. September 11 was that Saturday. “You know, I was more for the mosque before I went back home over the weekend. It is no fault of the Imam and his supporters, but this mosque that was meant to be one thing has become something else. It has turned Ground Zero, which should be a place of commemoration, into a place of protest.”

“Just talking with my mother this weekend, I remembered what a big deal 9/11 was for the people of New York,” Weiss continued. “We all knew someone who died, someone who came home covered in soot from the towers. It’s difficult.”

Last year, Weiss ran for Student Government Association President on a platform that included an intention to work for a memorial at Colgate dedicated to Colgate alumni who died in the attacks. Weiss placed second in the elections. He was asked how this issue reverberated in light of his previous feelings regarding the loss of those attacks.

“The best thing I’ve taken from Colgate is that community is important,” Weiss said. “It’s why I wanted to build the memorial. I think you have to think of community when you think of the mosque, too.”

As President of College Democrats, Weiss also shared his views as a member of his affiliated party.

Weiss added more about how he thinks the issue will resolve.

“I think the anger will die down,” Weiss said. “It will die down, even if only because so much of it has been created out of political motivations from politicians. After November [elections], this will disappear and there might even be hope for the [Islamic] center.”

Finally, the topic of how the mosque and the character of his native city might come together or clash came to light.

“New York is a tight-knit place where everyone and everything is on top of each other,” Weiss said. “You can find all sorts of things built right next to each other in this city. In this way, I think the mosque might work. You build where you have to. That’s New York.”

Weiss isn’t the only student whose background and interests provides a pertinent opinion on the issue. Junior Rihab Rubaiyat, President of the Muslim Student Association at Colgate, also voiced an opinion.

“There is a distinction,” Rubaiyat said, “between Islamic extremism and, say, what the Muslims in Lower Manhattan who would be using this mosque stand for. By not building it, you are not being sensitive to the Muslims who are in your community.”

Rubaiyat is also a native of predominately Muslim Bangladesh.

“It is essential to have this mosque, not only for the Muslims in Lower Manhattan, but because it is a symbol and a big, big step,” Rubaiyat said. “If you don’t build the mosque, the legacy of 9/11 is compromised. The motive of the 9/11 terrorists was to be divisive and to foster hate. This backlash is what [Osama] bin Laden was counting on. I believe in building bridges between America and Islam. In not building the mosque, you take away from any understanding built up between the two cultures. The progress becomes meaningless.”

Rubaiyat was also asked what damage this controversy might have on America and its relationship with Islam.

“What I don’t like is people being ignorant,” Rubaiyat said. “The remarks you hear don’t reflect the opinions of Americans that I have come to know so well. I feel a lot of this comes from political propaganda. Most Americans that I know would not object to people praying near Ground Zero … We’re already living with you. Intolerance is the wrong take-away.”

Finally, Rubaiyat was asked what he thought the effects of this controversy would be in the global international Islamic community that he knows so well.

“Our image of America has taken a hit over time, especially in light of [the invasion of] Iraq,” Rubaiyat answered. “At this point, I hate to say it, but not building the mosque would not come as a surprise. We might be upset and sad, but not surprised. But if the mosque was built, the people would be surprised, but in a good way. As someone who now knows America intimately inside and outside, I would be proud. It would go a long, long way.”