What’s Left: The Other Washington 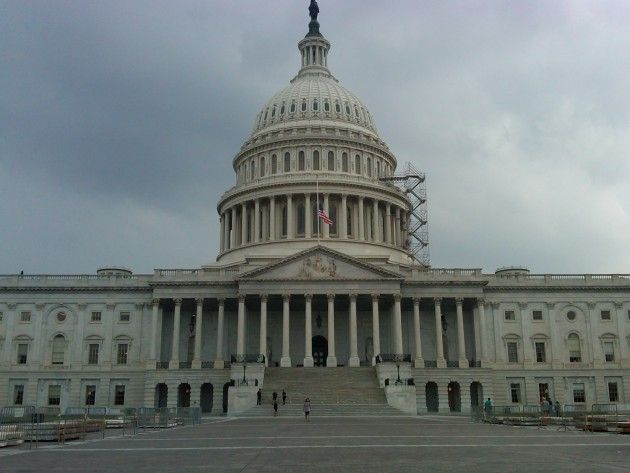 I’m going to be honest with everyone here: I have not been paying very close attention to much of the congressional races outside my home state of Washington. I do realize that each individual race will affect the overall shape of Congress, but I could really care less about what is going on in Nevada.

With that being said, however, I would like to paint a picture of an interesting political battle that has been waged in the Evergreen State over the past few months. Although it may seem unimportant to everyone, it is oddly reflective of some trends that have been occurring all over the country.

Contrary to popular belief and our history as a blue state, Washington is deeply divided politically. In fact, the barrier is pretty physical. The Cascades mountain range divides Western Washington, the more temperate and left-leaning region of the state and Eastern Washington, an area composed primarily of extremely arid farmland that favors the right.

As of a result of this, Washington as a whole is prone to a variety of different issues. These include education problems in the city of Seattle and rural areas, a state-redefining influx of Hispanic immigrants and energy issues regarding one of the largest hydro-electrical systems in the country, a nuclear power plant and an ever increasing number of wind farms.

In statewide elections, there is a constant struggle between these two regions as to whose views will be represented in the other Washington. Now that you understand the basics, let us get into the juicy parts.

This year, Senator Patty Murray (D) is up for re-election.  To put it briefly, she encompasses just about everything that the liberal residents of Western Washington love. A champion of education reform and small businesses, she was the first woman ever elected to represent Washington State in Congress and has been doing a pretty decent job of it. But then there were her challengers and, boy, were there a lot of them. The Senate primary had a total of 15 candidates with some serious contenders. The best competition was represented by two men.

First, there is Dino Rossi, a former State Senator who failed twice in the gubernatorial race and thought he would give the Senate a try. He is more along the lines of your traditional Republican, a family man aiming to slash spending, while opposing amnesty for illegal immigrants, etc.

Then there is Clint Didier. For all you sports nuts out there, yes it is the Clint Didier, the former tight-end for the Washington Redskins. Backed by Sarah Palin, he became a voice for farmers and Tea Partiers across the state by calling for the elimination of the Federal Reserve, a borderline racist immigration policy and general dislike for all things big government. There were some other candidates that always show up on the ballot like Mike the Mover and GoodSpaceGuy (Yes, those are the actual names on the ballot), but they do not really matter much.

So why does all this matter? This race has come to represent a trend that has come to define many of the elections across the country. Incumbent Democrats are under fire on all fronts due to a split in the Republican Party.  Candidates who stand under the wide banner of the Tea Party need to be recognized as more of a threat than Democrats originally thought. While Clint Didier may have ended up losing to Rossi in the primary, he still had an overwhelming amount of support from Washington’s farming community- particularly on the subject of immigration. Take one minute and listen to the ads on TV. In Washington you could not watch a minute of commercials without hearing something about Washington (D.C.) politics clouding the judgment of our Senators or the favoring of Wall Street over Washington small business owners. People are scared about their economic future and it is showing in their political leanings and all politicians and their mothers are trying to take advantage of that.

But this is short-sighted. Ultimately, what it boils down to, is what is coming to define this election year: the long term goals that the current Congress has been trying to reach versus short term relief that people wanted to feel yesterday. I hope the former will win.