Colgate Professors Reflect on the Value of the Humanities 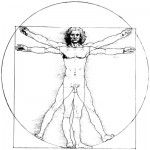 On Tuesday September 14, the Colgate/Emory Collaboration on the Humanities held a presentation in the Robert H.N. Ho Lecture Room in Lawrence Hall titled, “The Value of the Humanities in Hard Times.” Many professors from a variety of disciplines attended.

The presentation was the result of a partnership between Colgate and the Fox Center for Humanistic Inquiry at Emory University which investigated the state of the humanities in a modern era.

“We share a common concern about the status of the humanities … and there are these lingering questions: what is the value of the humanities, what is its use in a modern society,” Associate Professor of Romance Languages and Literatures John Gallucci said. “This is a discussion to articulate why.”

Speakers pointed to low enrollment and job frustration in the humanities as symptoms of a declining appreciation for the liberal arts. Central to this decline is an “identity crisis” of sorts over whether all these academic pursuits, such as languages and philosophy, should be classified as “humanities” and why many assume there is a sharp distinction between the humanities and the sciences.”

Natural scientists are very likely to be able to identify each other as scientists, and that fact that it seems to be somewhat less energetically emphasized by the humanities is damaging because it categorizes them as what’s left,” Richard J. and Jean Head Professor of Philosophy Jonathan Jacobs said.

Roy D. and Margaret B. Wooster Professor of the Classics Robert Garland disagreed on presenting the humanities as a united front.

“I don’t see a sharp delineation between the sciences and the humanities,” Garland said. “I feel that ‘the humanities’ is not a given classification.”

Nonetheless, the presenters agreed the humanities have a place in modern society, and that students of the humanities gain valuable abilities such as rhetorical skills, reasoning and “judgment concerning significance,” according to a handout provided by Jacobs.

“I think what we are doing [in this presentation],” Associate Professor of Religion Eliza Kent said, “is trying to articulate for ourselves and for the students what is it that really distinguishes the humanities as a discipline … and giving our students in the humanities the words to articulate why what they are doing is so valuable.”

Staying relevant in a culture that many speakers felt emphasized economic value over knowledge and expression was also a common concern. Some saw debates in bio- and techno-ethics as an important opportunity for the humanities to reassert itself.

“We need to put ourselves in a place where we are involved [in contentious public debates],” Garland said.

Students in attendance were enthusiastic about the outcome of the discussion, but felt the message needed to be conveyed to more students.

“I agree with Professor Garland that the ultimate solution is that people must believe that the humanities are the humanities,” sophomore Neal Xu said, one of only two students present. “However,” Xu said, speaking of low student attendance, “[Low enrollment in the humanities] is a problem of bringing students [to the presentation] and breaking the line between different disciplines.”