Summer Songs You May(a) Have Missed 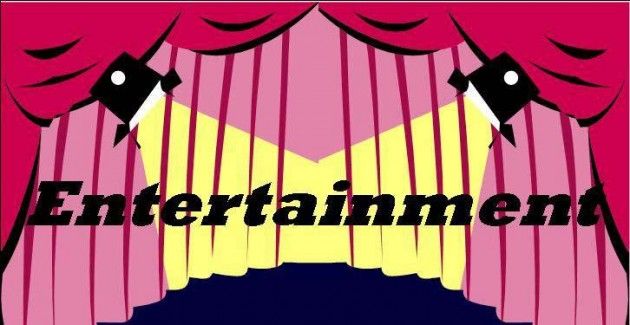 It’s been a busy summer in the world of music: dubstep is blowing up in front of our eyes, Arcade Fire put out another timeless classic, summer music festivals are drawing larger and more diverse crowds and Maya “M.I.A” Arulpragasam, released another genre-bending album. Maya, stylized as ///Y/, has received conflicting reviews from today’s most reputable critics; Spin magazine bestowed a hefty four-and-a-half stars to the Tamalian artist’s new work while Pitchfork Media doled out a dismal rating of 4.4 out of ten. Such mixed reviews are, in most cases, the sign of a strong album that is readily open to listener interpretation.

M.I.A. has never been one to make friends out of her listeners. Her critics never seem to care about her music but rather her politics. In a recent New York Times Magazine cover article, Lynn Hirschberg had a few choice words for the artist-activist. She quotes Sri Lankan diplomat Lakshman Kadirgamar as saying, “Maya is a talented artist, but she only made the situation [the Sri Lankan civil war] worse…when Maya does a polarizing interview it doesn’t help the cause of justice.”

While her music will always be politically charged, her new album addresses more than her public political views, but is also heavily influenced by her recent engagement and the birth of her son. Released this July, Maya, M.I.A.’s third studio album, attempts to quench our unyielding thirst for pop that we desire from every female artist nowadays. Maybe it’s because M.I.A. never subscribes to a label or genre, but on M.I.A.’s most recent album, the eponymous Maya, she flirts with a dangerous line between pop and cluttered noise.

One word to describe Maya is polarizing. M.I.A. started the summer by putting out the controversial “Born Free” music video, seemingly for the sole sake of provoking haters and providing an ultimatum to her faithful listeners by challenging them to accept her new sound. With her audience thoroughly confused, not just by the ginger genocide depicted in the video, but also by the new sound that at its core is simply a rock song, M.I.A. has completely diverged from all of her past work. As evidenced by her most recent LP, M.I.A.’s music is no longer purely experimental. The artist’s first two albums, Arular and Kala, toyed with aspects of grime, hip-hop and tribal music. Now she has tapped into her pop side, which, with the exception of “Paper Planes,” was glaringly absent from her earlier work. Arguably the most poppy of the bunch are the songs “XXXO,” “Teqkilla” and “Meds and Feds.”

This drastic change is understandable due to the fact that her life has recently reached a state of normalcy. One of her producers, Rusko, commented on the subdued situation in which they recorded the album in her Los Angeles home.

Although I had the pleasure of seeing M.I.A. this summer, she didn’t seem to share the same sentiment. Upon taking the stage, M.I.A muttered that she “didn’t have a setlist,” which became all too evident when she sucked for more than an hour. Zeus was kind to us and quickly put an end to the second half of her “setlist” by tossing some of his trademark lightning bolts our way. To top off the thunderstorm, it didn’t help that we missed the last train out of Grand Central and had to bite the bullet with a $140 cab ride back to the ‘burbs.

While I could be bitter and boycott her music for her lack of showmanship, it’s too provocative and grabbing to not listen to and form a definitive opinion. Also, I don’t think she would pay much attention to my boycott.

While the two songs that received the most press, “Born Free” and “Lovalot,” leave a lot to be desired, there is hardly a bad track on the rest of the album. The two tracks to look out for, “It Takes a Muscle” and “Tell Me Why,” both happen to be produced by M.I.A.’s ex-boyfriend, DJ and producer Diplo. Also, “XXXO,” “Space” and “Internet Connection” are all songs that could carry their weight if associated with a movie of Slumdog capacity.

M.I.A. is truly making pop for the third-world. While lots of credit goes to producers Rusko, Diplo, Switch and Blaqstarr for carrying out their own artistic vision during the album’s production, the album as a whole stands alone as something of artistic importance. It is well worth a few listens from hardcore fans and curious observers alike. Just don’t expect much from her live.