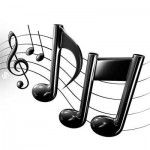 Brother Ali always manages to combine unexpected beats with soulful, true lyrics. With “Us” from his album Us, he creates a gospel background to set the stage for his autobiographical lyrics, making the track not only relatable but also something you can’t help but move to.

The retro feel of this song makes it perfect for its placement on the (500) Days of Summer soundtrack. It starts out soft then builds up to a great beat: perfect to cheer you up on a down day.

3. “Dog Days are Over” by Florence + the Machine

Florence Welch leads this group and is backed by various “machines” to suit her performance needs. Her debut album Lungs met with much enthusiasm and “Dog Days are Over” is a perfect combination of her British pop voice and eclectic instrumental additions.

Jaicko may seem like the male version of Rihanna, also hailing from Barbados, but don’t underestimate his potential to become the next Justin Timberlake. Known for his single “Oh Yeah,” his album is full of fun Caribbean sounds. “Caribbean Girl” is no exception with its tribute to island girls.

5. “I’ll Be Your Breeze” by Andrew Belle

Andrew Belle is my new obsession. He fulfills the sultry songwriter persona well, but also knows how to write an upbeat track. He is a relative newcomer, but check out his EP All Those Pretty Lights or The Ladder.

K’Naan has gained much popularity, especially in the last year with his theme song for the FIFA World Cup, “Wavin’ Flag.” His collaboration with Adam Levine adds an upbeat pop sound often associated with Maroon 5 to his sassy rap style.

7. “Do You Remember” by Jack Johnson

This song offers a calming break from some of the other powerful songs in the playlist; Jack Johnson cannot go wrong with his soothing island sounds. “Do You Remember” will make you smile any day.

You can’t help but love this song. With great electronic keyboards keeping the beat up, it’s catchy.

10. “Thieves and Their Hands” by Rachael Cantu

Rachel Cantu seems to be a mix of Regina Spektor, Ingrid Michaelson and Sara Bareilles. “Thieves and Their Hands” is a great, upbeat song.

2AM Club yields from Los Angeles, accounting for its chill, hipster sounds. You have to admire their rap verses which fit into their compositions. Expect to be hearing a lot more from them as their album releases on September 7.

This is the perfect pump-up or party song. A veteran singer from Australia, Sia has a unique style with power. Her style has evolved over the years so check out her other albums too.

This Rwandan-Belgian rapper is fairly new on the scene but his first single “Alors On Danse” has hit the top of billboard charts across Europe and has made its way to the United States. The song features some African beats, but it could easily pass for Euro clubbing music.